Story
In Chronologic order The Legend of Zelda: Skyward Sword takes place right before Ocarina of Time. The incarnation of Link that will appear in this game was born and raised in Skyloft (A group of islands floating above the clouds). Living a normal life there, Link discovers the Skyward Sword, which leads him to a strange land that is ruled by evil forces. While using the sword to go between land and sky you’ll learn the reason why the two worlds were separated in the first place. Skyward Sword will connect to the story of Ocarina of Time and, will elaborate on the reason for Ganondorf’s appearance…

Visuals
Graphically Skyward Sword to me looks like a mash up between the realistic visuals of Twilight Princess and, the cartoon like cel-shaded graphics of Wind Waker. Does it work? In my opinion absolutely, the visuals are beautiful, animation is fluid, you’ll question if this is actually running on a non-HD system.

Controls
The controls will be based on the Wii MotionPlus controller, which allows one to one motion control between the Wii remote and the in-game sword. Basically it is a upgraded battle system from Twilight Princess. 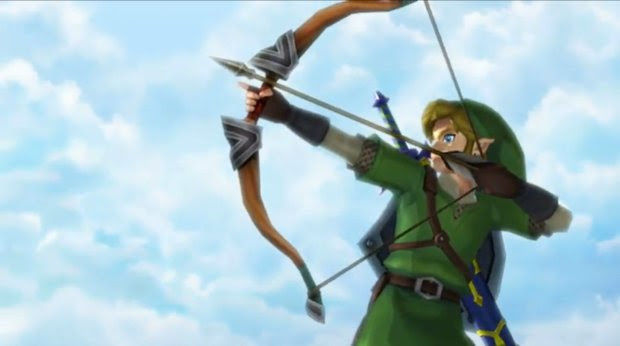