Have you ever considered getting into Anime and(or) Mangas but, not sure where to start.
Check out my list, I might have what you been looking for...
All the Anime & Manga will have links to where you can read or watch them.
If the links dont work leave me a message or contact the site that it is hosted on...
I will also have Ranks under the images to show where i rank the anime / manga out of my all time favorites.

Dragon Ball is a Japanese manga series written and illustrated by Akira Toriyama and was later adapted into an anime series. The story follows an alien named Goku throughout his childhood to adulthood as he trains in martial arts. In the story Goku searches for mystical orbs called Dragon Balls, if all seven are found a dragon will appear and grant you a wish.
Dragon Ball - Goku is a child during the time of the Dragon ball Series
Dragon Ball Z - Goku is a young Adult during the first part of the “Z” Series. He has a son name Gohan, with his long time rival/friend Chi-Chi. They later have another son named Gotten (who is a splitting image of Goku).
Dragon Ball GT- Goku Gets transformed into a kid again during the GT series. He journeys with Trunks (Rival Vegeta’s son) and his granddaughter Pan (Gohan’s Daughter).
Dragon Ball Kai and Dragon Ball z Kai - The Kai series is basically just  a shorter more to the point version of Dragon ball, and Dragon Ball Z to the end of the “Cell Saga“. It is also available in 1080p….

Where can I watch it online?
Coming Soon...
Where can I Read the Manga?
Dragon Ball - Dragon ball Z

Naruto is an ongoing Japanese manga written and illustrated by Masashi Kishimoto. The manga was then adapted into an anime series. The story follows Naruto Uzumaki a naïve adolescent ninja who wants to be Hokage (The strongest and most respected Ninja in the village). Naruto Shippuden continues where the first part leaves off, but the characters are a few years older.

Where can I Watch the Anime Online?
Coming Soon...

Where can I read the manga?
Newest chapters will appear here on Wed. or Thur.
Older Chapters 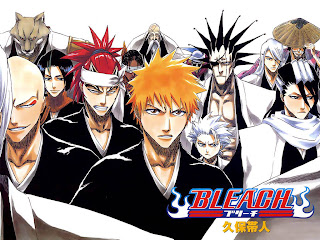 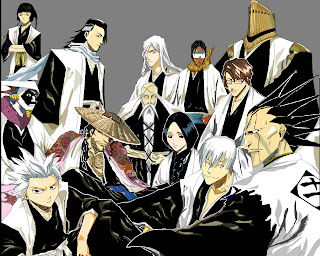 Bleach is an ongoing Japanese manga that was later adapted into an anime. It was written and illustrated by Noriaki Kubo. The story follows Ichigo Kurosaki who obtains Shinigami (Soul Reaper / Literally “Death God” similar to the Grim Reaper) powers from another Shinigami, Rukia Kuchiki. He later obtains the title substitute Shinigami where it becomes his jobs to protect humans from evil spirits, and guide wondering souls to the afterlife.

Where can I watch the Anime online?
Coming Soon...

Where can I read the Manga?
Newest chapters and be read here Wed. or Thur.
Bleach Manga