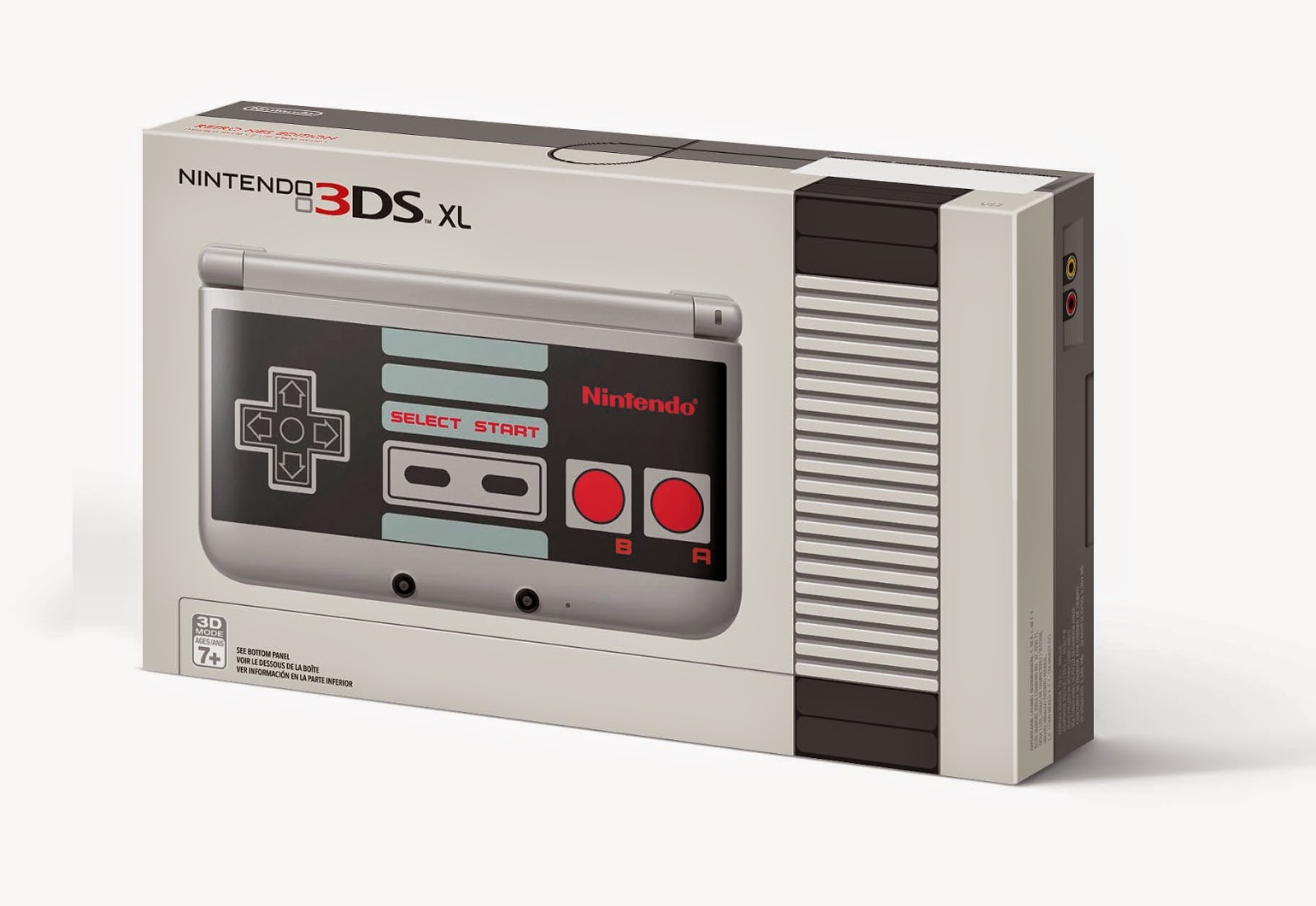 Nintendo is introducing 3 new colors themes for the Nintendo 3DS XL family. Man that Retro NES on has my name all over it. #Nintendo #Gaming #Nintendo3DS 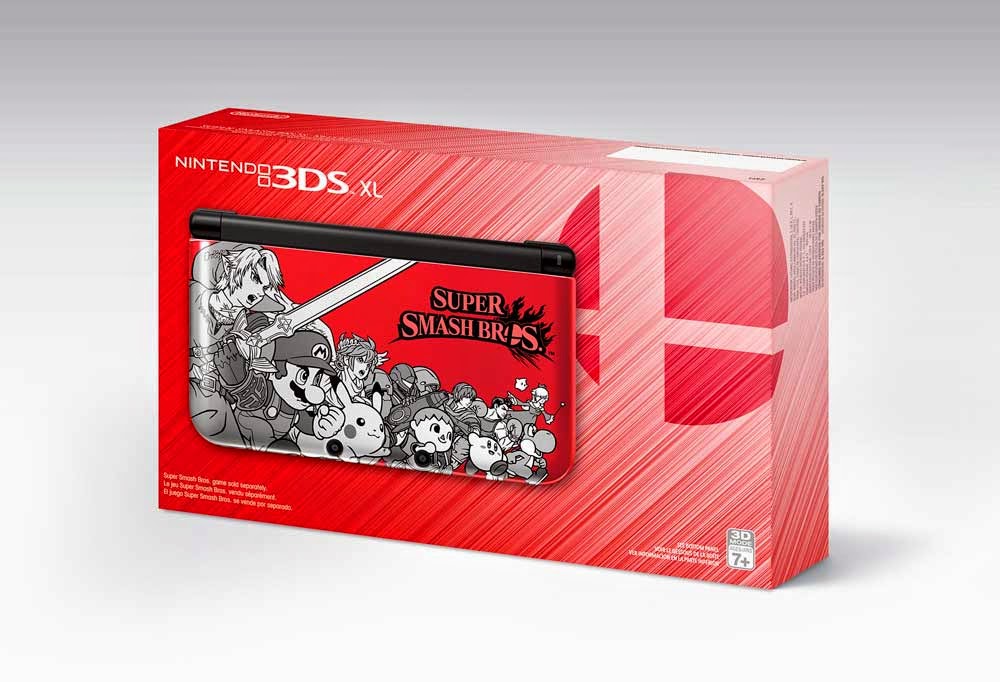 "Nintendo’s 3D portable video game system will be getting three cool new looks for the holiday season. Nintendo announced the three special-edition Nintendo 3DS XL systems during the GameStop EXPO in Anaheim, California. The new systems are sure to be scooped up by collectors and anyone who was waiting for an excuse to buy a hand-held Nintendo system. Systems announced today include:
Super Smash Bros. Edition Nintendo 3DS XL: Red and blue systems go on sale at retailers nationwide on Sept. 19 in honor of the Oct. 3 launch of the Super Smash Bros. for Nintendo 3DS game. The cover of the new hardware features a dozen of the game’s characters, including Mario, Link, Samus and Little Mac. The systems will be available at a suggested retail price of $199.99 each. (The Super Smash Bros. for Nintendo 3DS game is sold separately.)

NES Edition Nintendo 3DS XL: This cool-looking GameStop exclusive goes on sale Oct. 10 at a suggested retail price of $199.99. The hardware is modeled after Nintendo’s iconic NES controller and the box looks like an NES system.

Persona Q Edition Nintendo 3DS XL: In honor of the Nov. 25 launch of the ATLUS role-playing game Persona Q: Shadow of the Labyrinth, GameStop will be the exclusive retailer for the Persona Q Edition of the Nintendo 3DS hardware. The design evokes the essence of Persona Q with the iconic Grimoire styling on the front – the tome used by the attendants of the Velvet Room and containing information on the many Personas – and the new style of character art represented on the back. It will be available at a suggested retail price of $199.99. (The Persona Q: Shadow of the Labyrinth game is sold separately.)" - via Nintendo 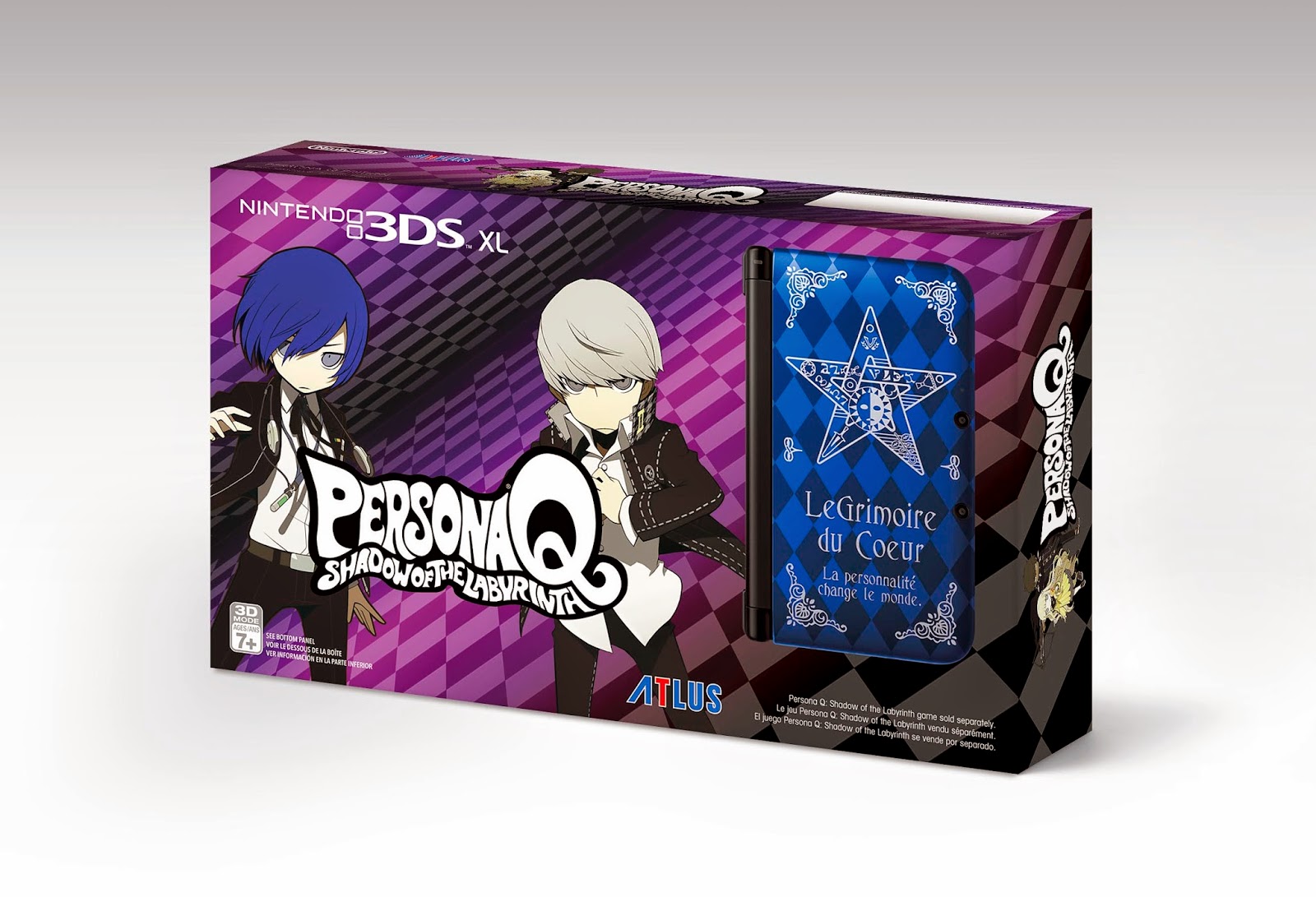