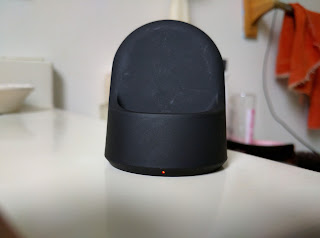 Need a Replacement Moto 360 charging dock but don't to spend the premium price? Amazon Seller YutaoZ has a solution for you.
#Yutaoz #Moto360 #Moto360Dock 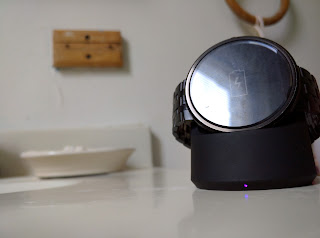 Replacement QI wireless charger for both moto 360 1 and 2 generation. Charges the moto 360 in full battery in about 2 hour,if temperature becomes high, will cut off automatically to protect the watch and charger cradle and will re-charging after the temperature down. The charge cradle use unique material and in great touch. Comes with 3 pack screen protector for Moto 360 1st Gen (not for Moto 360 2 generation). Includes the replacement charger and 3 pack screen protector. - YutaoZ via Amazon

What is it?
This is an replica of the Original Moto360 charging cradle, with a few slight differences. 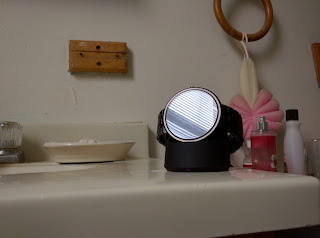 Design: 4.5
They did and excellent job designing this charger. It looks almost identical to the original. The only real way to tell the difference is to look at the LED indicator light or touch the device. You can also tell by looking at the bottom as in it looks slightly different then the Motorola one. I think I like the soft touch of the original one better but if I had to choose between smooth hard plastic and a sandstone texture, I'm going sandstone.

Features: 3.5
While there isn't much they can do feature wise I do like that they added a 2 color LED indicator over the standard white lit one. I also like that they included a screen protectors, even though I'm not likely to use them. I'm a tad surprised that it doesn't ship with cables or a wall adapter.

Performance: 4
After using it for the past week I have to say it doesn't feel any different than the original to me. I just drop my watch on it when I go to sleep, and when I wake up its charged. I ran a test to see how long it would take to fully charge my 1gen Moto360 from dead. It took about 1 hour and 30mins, which is just slightly longer than the original.

Value: 4.5
At a retail price less than $15 you can't go wrong. The MSRP for the Original is $40 (though you can find them a lot cheaper if you look hard enough.)

Around the Web: 3.9
This product Is currently carrying a 3.9 on Amazon

Final Thoughts
I lost my original Moto360 charging cradle last year when I went to NC. I ended up biting the bullet and purchasing a replacement for $40. I am now wishing that I knew that YutaoZ  made charging cradles back then. I would have saved a few dollars.. Now I have 3 cradles around my apartment and its so worth it in my opinion. 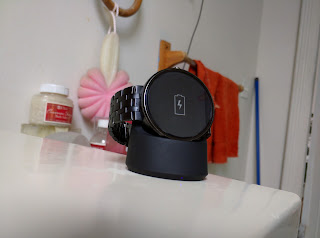