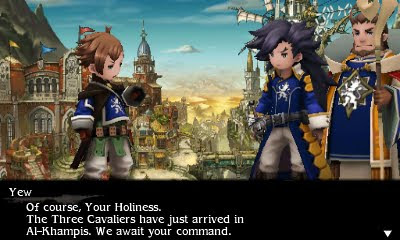 Square Enix is readying to release the sequel to their 2014 hit Bravely Default.
#BravelySecond #SquareEnix #Nintendo3DS

" Bravely Default game introduced a new take on turn-based RPG combat with a one-of-a-kind risk-and-reward system. The unique battle system, acclaimed by critics and loved by fans, returns deeper than ever in Bravely Second: End Layer, the direct sequel to Bravely Default. Developed by SQUARE ENIX, the masters of the role-playing genre, Bravely Second: End Layer launches exclusively for the Nintendo 3DS family of systems on April 15.
Players who want to try out the game before they buy it can head to Nintendo eShop on Nintendo 3DS right now and download the free demo, titled Bravely Second: End Layer – The Ballad of the Three Cavaliers. The free demo lets players embark on a bonus adventure that is not featured in the main game. Playing the demo will net players bonuses that can transfer to the full version of the game once purchased.
Picking up a few years after the events of the last game, Bravely Second: End Layer finds returning fan-favorite characters Tiz and Edea joining up with newcomers Yew and Magnolia to rescue an old friend. Despite the return of some familiar faces, the story is completely new, thrusting players into a sprawling adventure full of dangerous enemies, gorgeous locales and 30 job classes to master." - Square Enix 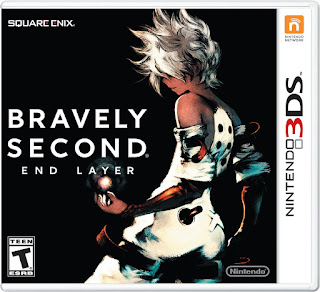