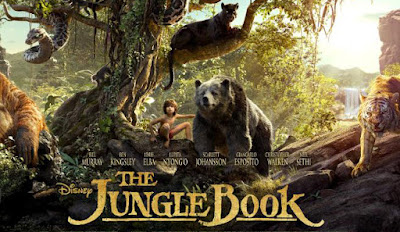 Disney decided to make a Green Screen edition of the classic The Jungle book. Here's a Spoiler, Its better than you think...
#TheJungleBook #Disney #Film #JungleBook2016

“ The man-cub Mowgli flees the jungle after a threat from the tiger Sheer Khan. Guided by Bagheera the panther and the bear Baloo, Mowgli embarks on a journey of self-discovery, though he also meets creatures who don't have his best interests at heart.” - IMDb


What is it?
Take the classic story of The Jungle Book, and make it live action, but make everything CGI but the main actor who portrays Mowgli. Now you have The Jungle Book 2016... Trust me its a lot better than this sounds.

Story: 4.5
The story of The Jungle Book 2016 doesn't divert much from the original film or book, but it ads more substance is some areas. The film start off like it should with Bagheera the black panther (Voiced by Ben Kingsley) finding the man cub Mowgli (Neel Sethi) and taking him to the wolf pack to be raised. This is where more substance was added and in, as Disney give the wolves, mainly  Raksha and Akela (Alpha Wolves voiced by Lupita Nyong'o and Giancarlo Esposito) more character development. You will learn early on that the jungle is going through a dry spell so they going into a time of peace where the animals can't attack / hunt each other. Sheer Khan  (Tiger voiced by Idris Elba) realizes that the wolves are harboring a man cub and vows to take revenge on Mowgli as soon as the truce is over and the rains returns. This set the plot into motion where Bagheera decides to take Mogwli to the man village where he will be safe (You know the typical Jungle Book stuff) . Disney does a couple more interesting things with the plot but I won't spoil the story much more. I'll will say that they did cut out the the whole vulture scenes from the film, though you probably wont miss it unless you were a fan of them in the original.

Audio / Sound:  5
This is your typical Disney goodness here. I was skeptical a head of time when it came to the music side of thing due to the original film being a musical and this one not appearing to be. I would be lying to if said that there is no singing in this movie, because there is but it is far from the musical that the original was. The two main songs from the original film make return here, and I have to say they were cleverly implemented. Especially “I wanna be like you” which is sung by King Louie (Christopher Walken). That right Christopher Walken sings in this film, how bad-ass is that. You will also here a lot of nostalgic themes from the original including a instrumental version of the “Bear Necessities”. Acting and Voice acting is what you would expect from a Disney film, It is top notch. The all-star cast has did an excellent job but, the real star of the show is Neel Sethi. It is hard enough to be a child actor but to be the only actor on an empty stage and make people believe that you are in a jungle surrounded by animals is astonishing. This kid deserves an Oscar....

Aesthetics: 5
Now let me introduce to best supporting actor, Disney Animation....... What kind of black magic does Disney know? I went into see the movie knowing that all of this was done using a green screens but you will honestly forget that with in seconds of watching. This is easily one of the best CGI jobs that I ever have seen.

Replay: 4.5
I'm getting this on bluray as soon as it releases. I also will be see it in 3D in the next few days. Kids will love the film and its definitely wroth seeing on the big screen.

Around the Web: 4.7
Via – Rotten Tomatoes

Thoughts
If I had to choose between 2016 vs 1967 I would easily choose the 2016 version. It is just that well done. The original feels like it was missing a lot of substance, and the 2016 version isn't really missing anything... I feel sorry for the Non-Disney version that will be coming out in 2017. Disney is pretty much unstoppable right now. First with Zootopia, and now The Jungle Book 2016. Their next film will be Moana, and it will have hard acts to follow. I highly recommend this film to Disney fans, and fans of the original 1967 film. If you are fans of neither you should still check it out due to how well it was done. 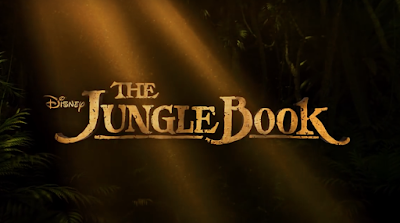