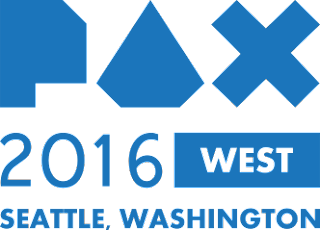 
" Hands-on demos, previews and panels are just a few of the exciting activities offered from SQUARE ENIX® during this year’s PAX West, taking place from September 2-5. The hands on experiences featured at the booth will include: FINAL FANTASY® XV, DRAGON QUEST BUILDERS™, FINAL FANTASY XII: THE ZODIAC AGE, KINGDOM HEARTS HD 2.8 Final Chapter Prologue, WORLD OF FINAL FANTASY™ , HITMAN®, Deus Ex: Mankind Divided®, Rise of the Tomb Raider®: 20 Year Celebration and Valentino Rossi: The Game.
FINAL FANTASY XV will have a dedicated booth at #2309 where fans can get their hands on with the game, experience the Warp Strike, take part in the mini-games featured in-game, and get FINAL FANTASY XV-themed T-shirts.
The Square Enix Members team will also be on the show floor running sweepstakes throughout the entire show for exclusive Square Enix Members Rewards.
Square Enix will host a number of panels at the show giving fans an opportunity to get the latest development updates and converse with the creative minds behind the games." - Square Enix