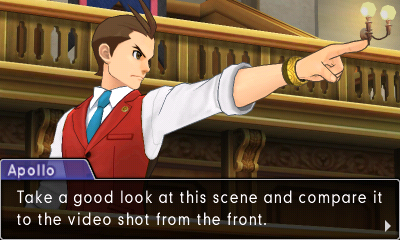 CAPCOM is planning on releasing its next iteration of Phoenix Wright on September 8, 2016 for the #Nintendo3DS.
#Nintendo3DS #CAPCOM #PhoenixWright #SpiritOfJustice

"Capcom is pleased to officially announce that court will be in session in Phoenix Wright: Ace Attorney – Spirit of Justice on September 8, 2016. The latest courtroom proceedings will be available to purchase digitally for $29.99 / £24.99 / €29.99 from the Nintendo eShop for the Nintendo 3DS family of systems. All-new evidence in the form of a trailer is available today introducing many of the game’s colorful characters and their respective features and special abilities." - CAPCOM

If you are looking to get a taste of this game early CAPCOM will be releasing a demo on August 25th.