What is it?
Duo is a video chat app for Android and iOS. Google made it to directly take on Apple's FaceTime. It has really simple UI and it supports high quality video.


"Video calling is the next best thing to being with someone in person, but too often it can be a frustrating or complicated experience. You shouldn’t have to worry about whether your call will connect, or if your friend is using the same type of device as you are. It’s no wonder that nearly half of us never make video calls on mobile*.
Today, we’re releasing Google Duo — a simple 1-to-1 video calling app available for Android and iOS. Duo takes the complexity out of video calling, so that you can be together in the moment wherever you are. " - Google 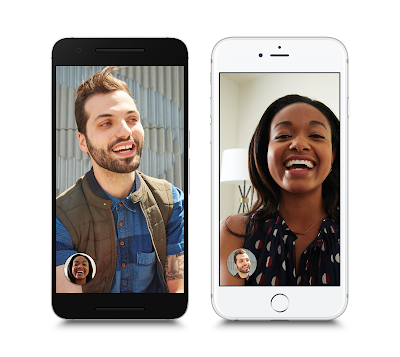 Should You Care?
Honestly this is completely up to you. This isn't Google's first attempt at Video Chat. Actually right now, Google has a robust video chat service called Hangouts. Hangouts is also cross platform between Android, iOS, and Windows PC.

Thoughts
All in all, I really don't know what to make of this. Part of me feels Google is back to their antics of separating services and then eventually killing off the older one (Think Google Wallet and Android Pay). Personally it was like pulling teeth trying to get people to jump into using Google Hangouts, and even after I got a few to use it, they eventually went back to using the service they were accustomed to shortly afterwards. I don't think Duo will be much different. I feel the proper approach would be to make a central hub like iMessage (hangouts was pretty much this). I am currently more excited for Google's upcoming app "Allo".