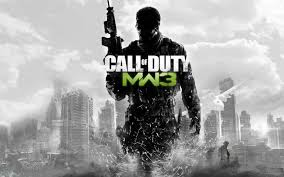 The Campaign mode is pretty much unchanged. Like the previous modern warfare games, players will assumes the role of multiple characters during the single-player mode, changing perspectives throughout the story. On your missions you will be accompanied by troops who cannot be issued orders but, will be there to help you none the less. MW3 will follow the events of Modern Warfare 2.

Infinity Ward has stated that they have revamped the Killstreak rewards in the multiplayer mode. They also made changes to the ranking and unlock system. Another new addition is the ability to equip Hybrid Scopes on a weapon. A example of this is the Red Dot and ACOG Sight on a single weapon. This allows players to switch between the scopes on the fly. Once again Infinity Ward is claiming to be balancing out the perks, but only time will tell if this is true or not. Dolphin diving is gone from Black Ops due to balancing issuers.

Overall, Call of duty Modern Warfare 3 looks to be another great addition to the franchise. It has everything you would expect to be in a COD game (campaign mode, mission mode, and a multiplayer mode). Even though it has pretty much everything you could ask for in a fps (first person shooter) I have to say, to me it is not worth $59.99. After you finish the campaign and special ops mode, it turns into pretty much the same game you were playing last year, and the year before that, just with new levels. Personally, I think $49.99 is a more reasonable price for it, specially because you can expect another COD game next November....