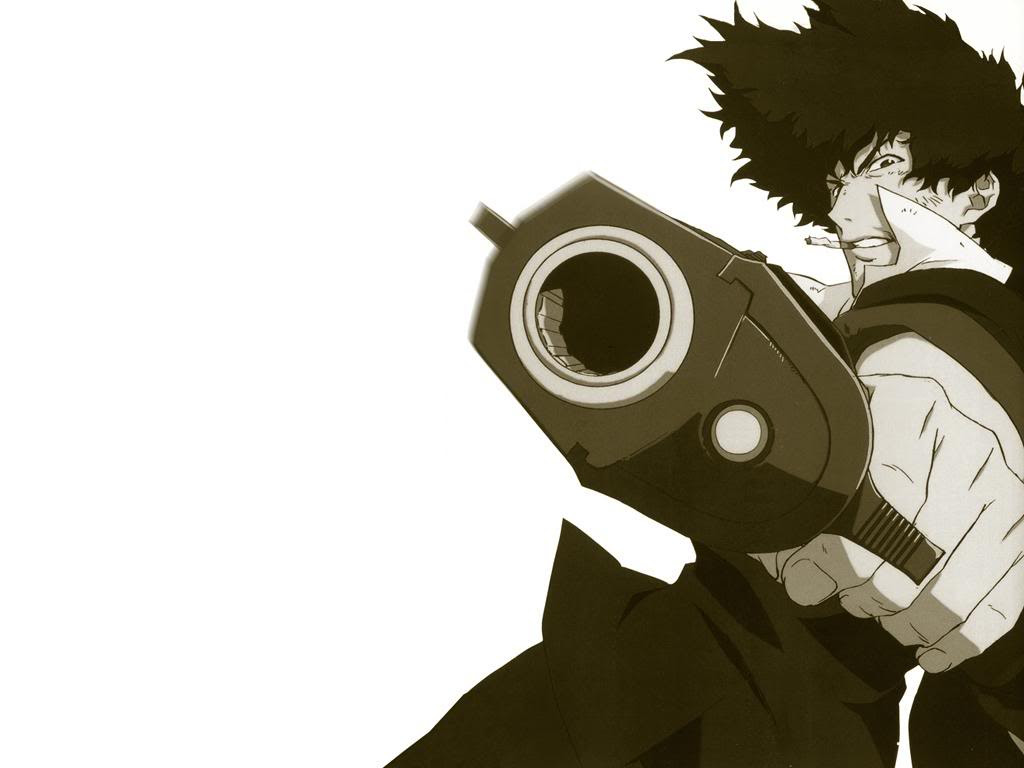 This time choosing the wallpaper of the week was easy. I know I wanted it to be Anime themed so that made my choices to be less broad. I also was considering using Goku (from Dragon Ball Z) but it seems like that is the cliché choice, will use him eventually though.

Spike is a fictional bounty hunter who was born on Mars, June 26, 2044. According to the anime guides, he is 27 years old and has fluffy dark-green hair and brown eyes; one of which is artificial and lighter than the other. His right eye was surgically replaced with a cybernetic one. He is usually dressed in a blue leisure suit, with a yellow shirt and boots similar to those worn by Arsène Lupin III. Spike often smokes cigarettes, despite rain or “no smoking” signs. He stands 6'1" and weighs 155 lbs. – Wikipedia

Image was taken from http://wallpaperhi.com