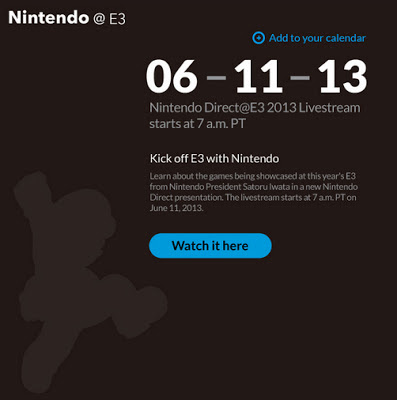 I have to admit that I'm a little unhappy with the way Nintendo plans to do their E3 press conference this year. They are genuinely known for having big surprises like Shigeru Miyamoto coming on stage with Hyrule sword and shield in hand. Even a full live orchestra playing Zelda Themes. Now we are stuck with their generic Direct Presentations that they have been doing periodically. Though have to admit all I truly care about is the games (and maybe a price drop for the Wii-U) so if they do that right we really have nothing to complain about. A cool thing about this year E3 for Nintendo is that they are going to make the demos that are available on the show floor available at select Best Buy Stores.

Also Series Director for Super Smash Bros. Masahiro Sakurai tweeted that the next iteration series will be shown off in some form during the event.