Is Microsoft going in the right direction with the Xbox One?

To Xbox One or not to Xbox One That is the Question
E3 may be the answer...

During the Xbox One reveal event Microsoft buttered us up with some interesting details about their new home console. They didn’t really have to show off much to be ahead of Sony being that they really didn’t have anything to show off besides a spec sheet and the Dual Shock 4 & new PlayStation Eye. Microsoft did surpass what Sony shown off but not by much.  They displayed their new console, controller, Kinect, User Interface, some new features and partnerships, as well as specs, but what they seem to lack is what most people were looking for which was games. It seems that these companies are bent of giving us the same dried out games that they overkilled last generation (Seriously anyone who isn’t tired of seeing madden and call of duty is lying to themself) . Hopefully they will surprise us come E3 in a little under 2 weeks with some new games.

Here are some of the things that have me concerned about the Xbox One.

Xbox One Requires Online – Regardless of what Microsoft may mislead you to believe the Xbox One will require an Internet connection.  This bothers me, I know that the gaming industry is evolving and using the internet more and more but there are still gamers out there that don’t have access to high speed internet or some that don’t have access to the internet at all.
This was confirmed by the Microsoft vice president Phil Harrison in a Q&A with Kotaku (though now Microsoft is rectoning and claiming that Phil Harrison was discussing potential scenarios.). Read the full Story in the link below.
Via ~ Kotaku

Always connect Kinect – Ok so I find this just creepy… The corporate VP of Microsoft Studios states that the “Kinect has to be connected Xbox One”. I don’t know about you but I’m not a fan of a state of the art HD web camera and microphone always on in my house. It just doesn’t sit well with me. It also doesn’t help that the Xbox One requires internet. My suggestion for future owners of the Xbox One, unplug the power when you are not using it… “Just Saying”…  Read full story in the link below...
Via ~ Joystiq & Pixel Enemy 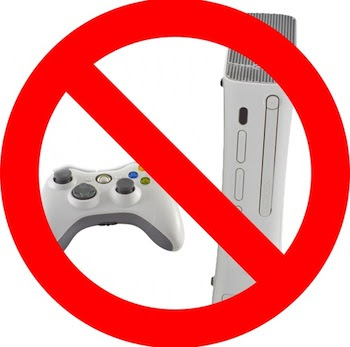 No backwards compatibility – not sure about you but I invested some a lot of money into my Xbox 360 over the last 5+ years so the thought that none of my accessories (Fight Sticks, wired remotes, etc.) and games both disks and purchases from XBLA. Microsoft you need to do yourself a favor and make the Xbox One Backwards compatible through emulation… Read article in link below…
Via ~ Event Hubs & Joystiq

The end of pre-owned, rented, and borrowed games..? – With Xbox One games requiring mandatory installs. Meaning that games will be limited to one Xbox live account. If you borrowed a game from a friend who has already installed the game on their Xbox you may be charged for the game to play it. Currently I don’t believe this to be confirmed by Microsoft but if it is the case the console is dead (at least to me… Game stores like GameStop who make their money mostly through used games will probably not accept used games from the Xbox One (because no one will what to pay twice for a used game). Read up more on this in the link below...
Via ~ Geek.com & Eurogamer

As a gamer I hope Microsoft gets their act together and stops looking for ways to cash in on gamers who buy their products anyways. Personally I believe they need to reconsider their strategy on backwards compatibility loose the requirement for always being connected to the internet and for an always connected state-of-the-art spy camera I mean Kinect. They also need to get rid of the idea of cashing in off of traded, rented, and pre-owned games….