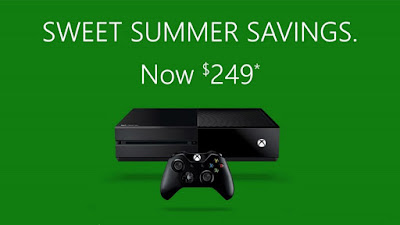 The BetaBox One.... The Xbox Box One will now retail at $249.
#Xboxone #PriceDrop #Gaming #Xbox #VideoGames


" Treat yourself to a great deal this summer! Xbox One 500GB consoles are now only $249 while supplies last.
This means any 500GB Xbox One console is $249, including the Gears of War: Ultimate Edition bundle, the Special Edition Quantum Break bundle with white console, and the Name your Game bundle, which allows you to choose a full game download of one of four blockbuster titles: Forza Motorsport 6, Rise of the Tomb Raider, Gears of War: Ultimate Edition, or Rare Replay." - via Xbox Wire (Read article here...)

Thoughts:
If you don't own a Xbox One already but want one this is the time to purchase one. On August 2 the new Xbox One S will be releasing if that is more your cup of tea. The Original Xbox One (500GB) will go for $249 regardless if it is bundled or not.