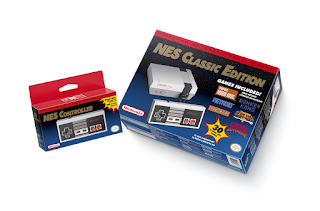 Nintendo is currently hitting us with all kinds of nostalgia this year. Next on their list is this Mini Collectors edition of their first console, The Nintendo Entertainment Console.
#NES #NintendoEntertainmentConsole #Nintendo #TRP


"If you see a Nintendo Entertainment System on store shelves this holiday shopping season, you haven’t entered a time machine. (Unless everyone around you is wearing acid-washed jeans and neon leg warmers. If that’s the case, you may have unknowingly walked through a rift in the space-time continuum.) The most likely scenario is you are setting eyes on the Nintendo Entertainment System: NES Classic Edition, launching in stores on Nov. 11 at a suggested retail price of $59.99. That’s right: The NES is back! But this isn’t the same NES that you fondly remember. This new nostalgia-fueled system is a near-identical, mini replica of Nintendo’s original home console and plugs directly into your high-definition TV using an included HDMI cable. The console comes complete with 30 NES games built in, including beloved classics like Super Mario Bros., The Legend of Zelda, Metroid, Donkey Kong, PAC-MAN, and Kirby’s Adventure.

“We wanted to give fans of all ages the opportunity to revisit Nintendo’s original system and rediscover why they fell in love with Nintendo in the first place,” said Nintendo of America President and COO Reggie Fils-Aime. “The Nintendo Entertainment System: NES Classic Edition is ideal for anyone who remembers playing the NES, or who wants to pass on those nostalgic memories to the next generation of gamers.” - Nintendo 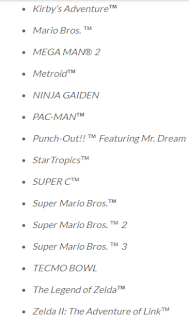 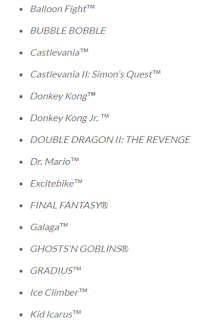 The Mini Collectors Editon Nintendo Entertainment System will Retail at $59.99, and the controller will retail at $9.99. Look for it November 11, 2016

Thoughts
I'm glad Nintendo is on this Nostalgia trip right now, but I'm hoping that they don't get lost in the past and loose sight of the future. While The Legend of Zelda: Breath of the Wild is going to be epic, but they need to keep impressing if they want to keep their fan base.