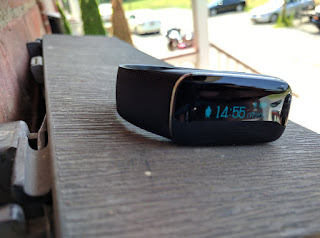 Airsspu makes a variety of devices and accessories for the mobile platform. This is one of the fitness bands that they made as a competitor to FitBit.
#Airsspu #FitBand #FitnessTech #Tech #TRP

What is it?
This device is a fitness band / activity tracker for both Android and iOS. It tracks your steps, sleep, exercise, calories burned, and your heart rate.

Build Quality: 3
At first glance you would think the band is beautifully built, which for the most part it is. The black silicon band looks sleek with the glossy black device. On the bottom of the device it has a matte black finish. Even the heartbeat sensor looks cool with the overall finish of the device. You charge the device by connecting a usb cable to a proprietary connector which then connect to the fitband. In other words don’t loose the connector. On another note this device probably could have benefitted from be IP67 or at least sweat proof.

Performance | Features: 3.5
On paper the device is very solid. It has an OLED screen, Up to 7 Day battery life, Heartbeat sensor, Step counter, Calories burnt counter, Distance counter, etc. Honestly its biggest flaws fall is the app. In my case it constantly asks me to update the app yet won’t allow it to install.

Battery Life: 4.5
It advertises up to seven days I’ve been getting around 5-6 days which is still great being that the device fully charges under 2 hours.

Value: 3
Currently the sticker price for this fitband is $55.99 on Amazon which isn’t terrible when you compare it to its competitors. The Fitbit is probably it main competitor and they retail $70+. For what you get i wouldn’t consider Airsspu Fit Band a great deal but it isn’t the worst out there.

Around the Web: 3.0
This product is currently holding a 3.0 rating on Amazon.

Thoughts
Overall I Like this fitness band. It looks and feels like a premium device off the bat and for the most part the device works like it should. The App designed for the product is a sloppy mess due to the errors that I keep receiving. My main qualms with the device is that the heartbeat sensor is hit or miss, and the band is not as premium as it appears to be. 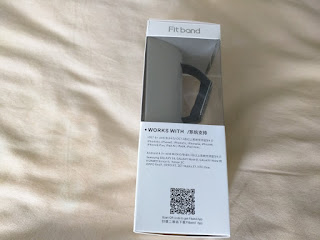