Man, its hard to believe that the console that launched +Nintendo  into the 3D Polygonal realm has turned 20. To commemorate this milestone here are our Top 20 Nintendo 64 games.
#Nintendo #Nintendo64 #Gaming #N64

Originally launched back in June of 1996 (Japan, Launched September in USA), The Nintendo 64 for is a 5th generation console manufactured by Nintendo. Many believe that the 64 fell to the "2 steps forward, 1 step back syndrome." due to it selling less than its predecessor and its dying 3rd party support. Fun fact, the codename for the Nintendo 64 was Project Reality. Anyways here are my top 20 games for the console. 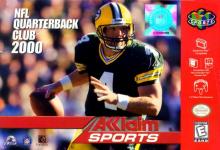 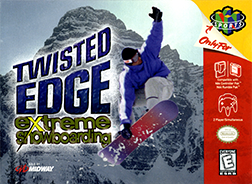 19. Twisted Edge Extreme Snowboarding
Surprisingly this game wasn't well known but in my opinion it was a great snowboarding game. Unlike 1080 Snowboarding "TEES" main focus was tricks rather than racing. 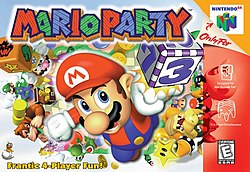 18. Mario Party
This may be sacrilegious to Mario... Well Nintendo fans, but I really never was a big fan of Mario party games. I enjoyed them but they bored me after a while.

17. All-Star Baseball 2000
Man, I really don't know why no other developer picked up this series because I used to love this game. The Graphics were great and the controls were just as good. It was just a great all around sports game. Plus Derek Jeter was the cover boy.

16. Fighting Force 64
The Classic Arcade beat em up on the N64 was a great match. The transition wasn't seemless as it was plagued with dropped frame-rates but the game was still fun as hell to play. Me and my friend would spend hours playing this game together trying to get to the end. "Not an easy task".

15. Mario Kart 64
What's a Nintendo Favorite list without a Mario Kart game? You probably won't find one lol, but is may be kind weird seeing one so low on a top 20 list. Honestly speaking Mario Kart 64 is one of my least favorite Mario Kart games to date. 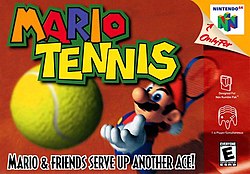 14. Mario Tennis
I owe a lot to this game. Before Mario tennis if you asked me anything about this sport I would be lost (Which is not unusual for a black teen growing up in NY). Now its one of my favorite past-times, and if it wasn't for this game and the William Sisters I would even give the sport a second look.

13. Pokemon Stadium
Nintendo announced that they were going to make a 3D Polygonal Pokemon game, and the pokemaniacs went nuts. Then it turned out the game wasn't exactly what we were expecting. Even to this date we haven't gotten what we expected though Pokemon Sun and Pokemon Moon, are very close. Pokemon Stadium is what it sound like. A hub for battle... 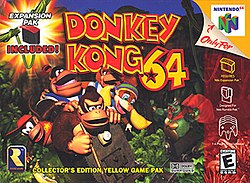 12. Donkey Kong 64
Donkey Kong... Where the DK Rap originated. This game was developed by RARE during their golden age and man, their games were good. 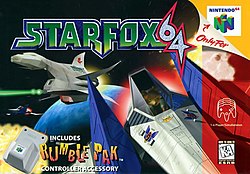 11. Star Fox 64
This is arguably the best Star Fox game ever made and, for good reason. Star Fox 64 was one of first games to support the rumble pack as well as making Dog-fighting fun again.

10. Diddy Kong Racing
Honestly speaking I feel this is the best all-round racing game on the Nintendo 64. Multiplayer was a blast and the main racing mode was like an adventure mode. Rare nailed this one.

9. WCW VS NWO Revenge
This game bring back so many memories. This was easily the best wrestling game of this era. Not because of the wrestlers (GOD no, WWF had all the superstars that we loved). but because of the gameplay / controls. WWF (now WWE) fans had to put on that fake smile and act like we enjoyed the shit fest that Acclaim was producing like WWF War-Zone and WWF Attitude. It wasn't till THQ got the WWF license that we really started enjoying wrestiling games this era.

7. The Legend of Zelda Majora's Mask
Another Placement that will probably get us flamed. The legend of Zelda Majora's Mask is a direct follow up game to the other N64 Zelda title Ocarina of Time. The game works on mostly the same mechanics except Link uses masks for special power-up and there is a death clock till the moon with a evil face crashes into the planet... I like the game but not as much a I did Ocarina of Time.

6. Banjo-Kazooie
This is another game developed by RARE during their golden age and it was, like the others... Great!!! Many looked at this game as a Super Mario 64 clone, while in reality it has its own personality.

5. Conker's Bad Fur Day
Wow... Where to start.... I'll just keep this simple and sweet... This game is probably one of the greatest games Developed by RARE. Its Funny, It is an Action, Adventure, Platformer, and Puzzler Game. It had multiplayer. Basically RARE took all the popular gamplay mechanics from every popular game at the time and jammed it into one. By some crazy chance it worked out perfectly. 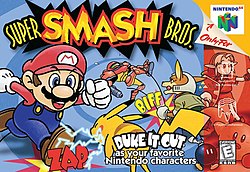 4. Super Smash Bros.
Ever want to beat the crap out of Jigglypuff with Link? Well this fighting game enabled you to do this. Super Smash Bros. is the "What If" Nintendo dreamer's paradise. In the end this ended up being One of Nintendo Biggest Franchises, and for good reason.

3. Goldeneye (007)
This is probably the pinicle of RARE's achievements during its golden age. 007 is the game the popularized First-Person Shooters on home consoles. The game didn't age well but we all remember that it was the ultimate party / Sleep over game.

2. The Legend of Zelda: Ocarina of Time
This was a really hard choice for me. I really wanted to put this as #1 but I feel that the #1 should have had a bigger influence at a whole. Ocarina of Time definitely changed the face of gaming. This game is arguably the best Zelda game ever made.

1. Super Mario 64
You had to know this game was gonna be on the list, and its a well deserved #1. I struggled with choosing either this or Ocarina of Time. I chose Super Mario 64 because it changed the way we looked at 3D Polygonal platformers. With out Super Mario 64 we probably wouldn't have gotten the OOT or Banjo-Kazooie or even Conker Bad Fur Day. If you haven't played Super Mario 64 you owe it to yourself to play it at least once.

Thoughts
So this my Top 20 N64 game list. Pretty sure yours may look different. Let us know yours in the comments (don't have to be 20 lol) . Thanks for reading...