June 23 marked the day that Sonic The Hedgehog turned 25. To commemorate our favorite blue mascot we are doing a Top List for him.
#Sonic25 #Sonic25th #SEGA #SonicTheHedgehog


It is hard to believe that Sonic The Hedgehog is now 25 years old. Being 29 I've played my share of video games with cool protagonist but non of them as cool as Sonic. While SEGA, and Sonic Team's most recent attempts at making the Blue Blur's games enjoyable again didn't quite come across the way I hoped. Sonic Still has a large library of games that were great. In this Top List I'm gonna choose my top 5 favorite Sonic games that aren't a compilation of older games. 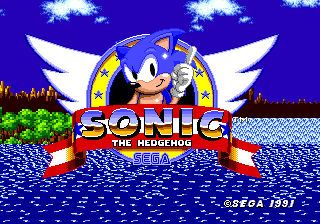 5. Sonic The Hedgehog (Sega Genesis)
I know, I know... "Why the hell did I put the Original Sonic The Hedgehog at the bottom?". But I don't look at it that way. This is a list of Top 5 Sonic Games, and while Sonic 1 was great it wasn't the Greatest in my opinion. Also None of the games on this list are bad in my opinion. This is the game that made me into a sonic fan. It was also the reason why I asked for a Sega Genesis over Nintendo's SNES for Christmas. Honestly I would do the same thing again if put in the same situation.
Fun Fact:
You can unlock the level Select in almost every version of the game by pressing "Up, Down, Left, Right (Should hear ring sound), the Press and hold "A"+ Start. You have to do this when you are at the title screen pictured above. 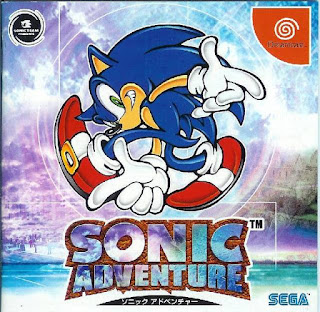 4. Sonic Adventure (Sega Dreamcast)
This was Sega's second attempt at putting sonic in a 3D polygonal world, first being Sonic 3D Blast for the Sega Genesis and Sega Saturn. While Sonic 3D Blast wasn't the worst Sonic game it was far from the best. Sonic Adventure was the game that Sonic Fans were itching for, a 3D rendered game that rivaled Super Mario 64. The game was vibrant and has many Good gameplay elements. What made things even better was that there was now a Story and everything was voiced acted. 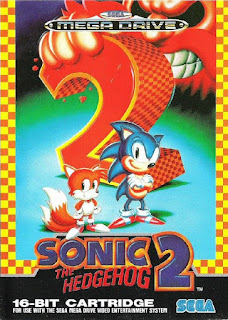 3. Sonic The Hedgehog 2 (Sega Genesis)
In Sonic The Hedgehog 2 Sega introduced Sonic's nerdy 2 tailed sidekick Miles Prower. Which allowed you to play with a friend in a co-op like way which is really cool. At times it did turn out to be not as fun especially, if you are playing as Tails and you playing with an asshole who leaves you behind.. Another cool Gamplay element that they have introduced was a multi-player verses mode where you can go up against a friend in a head to head race through a verity of levels.
Fun Fact:
Sonic The Hedgehog 2 also was the first game that Super Sonic was introduced. It was no coincident that you cave to collect all 7 Emeralds to play as him (If you still don't get what I'm getting at, Super Sonic was inspired by the Super Sayians from the Dragonball anime / manga. When a Sayian powers up and transforms into a Super Sayian their hair turns yellow and stands on their head like a soft ice cream cone. They also have a golden aura around them. This transformation increases their speed and power exponentially.). You can also cheat to obtain Super Sonic 2 (it will also unlock Level Select and Debug Mode) but you need a Pre-XBLA version of the game. The video below will teach you how to do it. 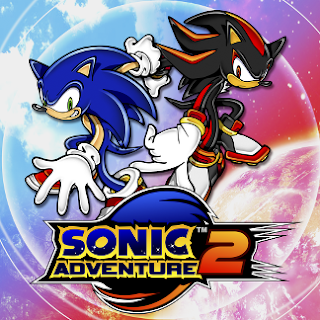 2. Sonic Adventure 2 (Sega Dreamcast)
I so loved this game. It took the 90% of the good from the original Sonic Adventure and then built on those mechanics and made them better. The music by Crush 40 is infectious. The story was just a good (well sort of..). We could have lived with out the Tails and Dr. Eggman Mech missions but whatever nothing is perfect. Later Iterations of the game like Sonic Adventure 2 Battle for the Nintendo Gamecube was just as awesome with more multi-player options. 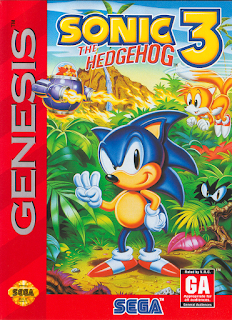 1. Sonic The Hedgehog 3 w/ Sonic & Knuckles (Sega Genesis)
This was a pretty easy choice for me. Sonic 3 took the good from Sonic 2 and brought it over to 3. The only degrade here was the multi-player verses mode but it was easy to put behind use for more entertaining and satisfying Co-op features in the single player mode. Sonic 3 also Added a save game feature. This was the best 2D Sonic game in my honest opinion.
Fun Fact:
Michael Jackson was supposed to (co)compose the music for this game but later withdrew because of the sound board limitations. Surprisingly the music he worked on was largely unchanged but he wanted no credit for it.

Thoughts:
So there you have it... These are my Favorite Sonic The Hedgehog games. My list probably looks very different from most and that's probably because I'm not a fan of Sonic on Rails or taking him out of his normal element which is running. Other notable mentions are Sonic CD (which would have been my number 6. Sonic R.was hated by most buy I loved that game. Sega didn't give us Sega Saturn owners many sonic games so we had to make do with it. And yes i did sing along with the track "Living in the City". Sonic Generations is another good game that would have made a top 10 list.

Other Thoughts
If someone from Sega comes across this article , PLEASE PLEASE!!! make a HD collection of the Original games (1,2,3, and Knuckles 2&3) running at 1080p 60fps. Also if you are thinking on a new project make a true successor Sonic Adventure 2 using the same gameplay mechanics of the original 2 Adventure games.

What are your favorite Sonic Games? 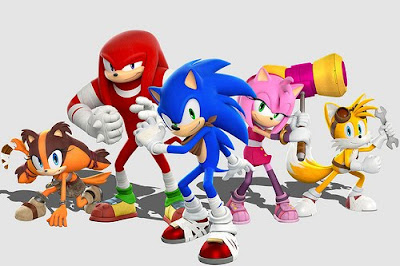