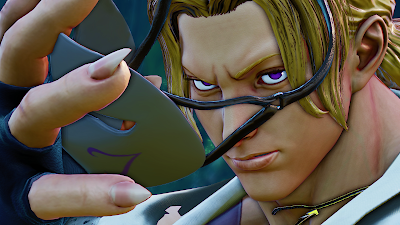 " Vega brings with him a brand new set of tricks, as well as a new appearance. Still possessing his trademark speed and quickness, he now has access to two distinct fighting modes: claw or no-claw. With the no-claw style giving him access to command grabs as well as new attack properties, players will need to toggle between both styles to pull off that winning KO at the end of the fight. Vega’s powerful V-Trigger is the Bloody Kiss, which sees him throw a rose at high velocity towards his opponent, before he charges at full speed right behind it, delivering a series of brutal attacks. This Spanish matador is definitely a fighter to keep your eye on, if you can. " - Capcom

Thoughts
I'm cool with this addition. Honestly speaking though it really is no surprise to me. I am kind of expecting all of the original Street fighter 2 cast to be in Street Fighter V. Vega wasn't originally a playable character but he still played a big part in the game. Capcom I am still waiting for some of my favorites to be announced back that are less predictable. I want Akuma, Ibuki, and Sean... Make it happen. 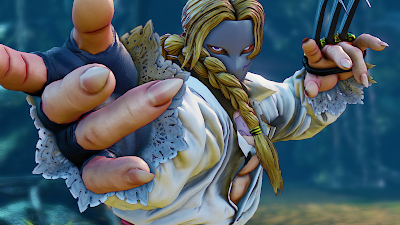