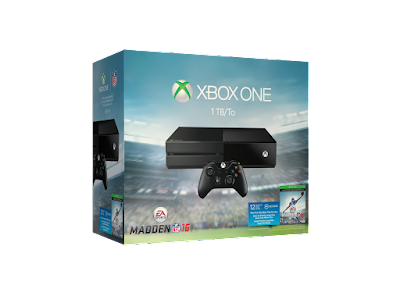 Microsoft has more #XboxOne bundles than than its competitors has combined...
#Microsoft #Gaming

Pigskin fans get hyped, Microsoft has a bundle for you. If you love the NFL Madden and still waiting to get Xbox One this may One you have been waiting for.

" Featuring an Xbox One console with a 1TB hard drive, giving you tons of space for games, a full download of Madden NFL 16 to play when the game launches on Aug. 25, plus a one-year subscription to EA Access, the Xbox One Madden NFL 16 Bundle is built for sports fans.

Madden NFL 16 brings back your favorite Madden NFL modes: Connected Franchise, Ultimate Team, and last year’s new mode, Skills Trainer. Plus, it introduces brand-new modes like Draft Champions, a Madden-style take on fantasy football. New and improved controls give you way more playmaking options on both ends of the play, whether you’re a quarterback or a wide receiver fighting for the ball in the air. And the new presentation modes make the whole thing look, feel, and sound like a prime-time broadcast. All in all, you’ve got a massive new Madden NFL experience to keep you busy for many, many hours.

Available for $399 USD, you can pre-order the Xbox One Madden NFL 16 Bundle at participating retailers now. The bundle hits stores Aug. 18, a week ahead of the full game’s launch on Aug. 25. Let’s get ready for some football!" - Xbox Wire

Thoughts
It's Madden... This is the bundle for those procrastinators who still play Madden games. 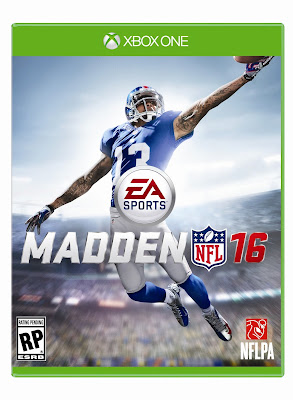