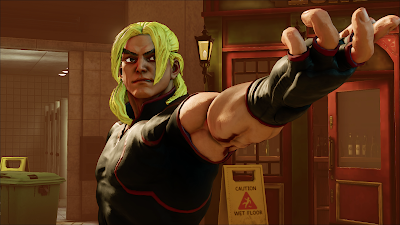 This will probably surprise no one but Ken Masters will be playable in Street Fighter V.
#Capcom #StreetFighterV #SDCC

"Ken, the master of the flaming Shoryuken, has just been confirmed and is now playable on the Comic-Con show floor (Capcom booth #215).  One of the key protagonists in the legendary Street Fighter series, Ken brings an array of new abilities to Street Fighter V, where his tricky mix-ups and flashy combos have the ability to bewilder opponents and deal huge damage. Ken joins the six previously-announced characters Ryu, Chun-Li, Charlie Nash, M. Bison, Cammy and Birdie, with plenty more new and returning characters still to come." - Capcom

Thoughts...
I was kinda expecting Ken to make the roster so this is really no news to me. It is cools that they appeared to give him some new moves. I'm not really digging the hair do but whatever. Hopefully the next character to be announced is a bit more surprising. 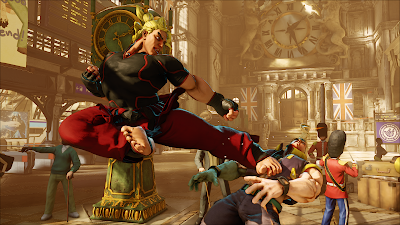