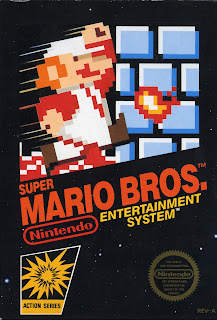 It may have taken 30 years but #Mario has finally made it into the Hall Of Fame.
#SuperMarioBros #Gaming #HallOFFame
+Nintendo

" A committee of journalists, scholars and video game industry members has inducted Super Mario Bros. into the new World Video Game Hall of Fame in the Strong National Museum of Play in Rochester, New York. The original game for the Nintendo Entertainment System is one of six inductees in this inaugural class. " - +Nintendo