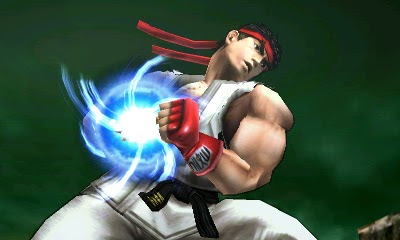 So the leaks from yesterday have been confirmed by +Nintendo  today. Ryu & Roy are joining that battle plus more!!!
#SuperSmashBros #e32015 #Nintendo

So yeah, Nintendo and Sakurai are going huge already before E3 officially starts with huge upadates for Super Smash Bros.

" Masahiro Sakurai, unveiled a smashing amount of new content for the games, including two new playable characters: Ryu from the Street Fighter® series and Roy from Fire Emblem. They both join Lucas from Mother 3 as new playable fighters, and are available for download now! This additional paid content lands alongside a major software update that launched today for both systems, which also includes three new stages and many new costumes for Mii Fighters, including outfits from classic fighting series Virtua Fighter and Tekken. With these new characters, stages and costumes, top fighting game franchises Super Smash Bros., Street Fighter®, Virtua Fighter and Tekken unite for the very first time.

Lucas from Mother 3: As previously announced, Lucas is also available to purchase as a new downloadable character. Originating in the Japan-only Game Boy Advance RPG Mother 3, Lucas primarily uses lightning attacks to smash his opponents. Lucas can be purchased in Super Smash Bros. for Wii U or Nintendo 3DS for $3.99, or both game versions together for $4.99.

New Mii Fighter costumes: Multiple video games and characters from the past and present are represented in a new set of Mii Fighter costumes now available through the new update. Two costumes from classic fighting game Virtua Fighter are based on the Akira and Jacky characters, with Akira even maintaining his blocky polygonal look from the original game. Tekken fighter Heihachi (and his amazing hair) serves as inspiration for one costume, with additional costumes based on Isabelle from Animal Crossing, MegaMan.EXE from Mega Man Battle Network, ZERO from Mega Man X, the Inkling Girl and Boy and the squid hat from Splatoon also available. All costumes – eight in total – can be purchased in Super Smash Bros. for Nintendo 3DS / Wii U for $6, or both game versions together for $9.20. Costumes can also be purchased individually for $0.75 in either Super Smash Bros. for Nintendo 3DS / Wii U, or both game versions together for $1.15 each.

Miiverse stage: Available now to download for free, this new stage for Super Smash Bros. for Wii U features Miiverse posts created by players all over the world. During matches while connected to the Internet, players will see Miiverse posts appear that cheer specific fighters on from the background. These messages will be pulled from individual Miiverse communities that just opened for each Super Smash Bros. character.

Tourney mode: Scheduled to launch as part of a free update in August, two new Tourney modes are coming to Super Smash Bros. for Wii U and Nintendo 3DS. Community Tourneys let players compete for the highest points in a certain amount of time, while regular Tourneys have a specific set of rules and only happen at select times.

YouTube replays: Coming exclusively to Super Smash Bros. for Wii U at a later date, this free new feature allows players to post replay videos of their matches on YouTube. To use this feature, players must possess a Google account. Please visit http://www.smashbros.com/us/ for additional details.

Additional Super Smash Bros. amiibo: Mii Fighters are getting their own amiibo figures! When used in the game, the Mii Brawler, Mii Swordfighter and Mii Gunner amiibo characters can be configured with custom faces and players’ collected accessories and costumes. Four additional Super Smash Bros. characters are also getting amiibo: R.O.B., Duck Hunt, Mr. Game & Watch and Falco. These new amiibo will be available this September, except Falco who will be available this holiday season. Eventually, all playable characters in Super Smash Bros. will have corresponding amiibo figures, including Mewtwo, Lucas, Roy and Ryu.

Bonus Trophies: After downloading the update, in-game bonus trophies based on Ryu and Ken from Street Fighter®, Roy, Lucas and Splatoon will be available to unlock in play. Players can collect these trophies by completing All-Star mode in Super Smash Bros. for Nintendo 3DS / Wii U." - Nintendo

My Thoughts
Yes Nintendo YES!!! This E3 is already starting to look great and it has barely even started. Hope more great things are on its way from Nintendo's Camp. 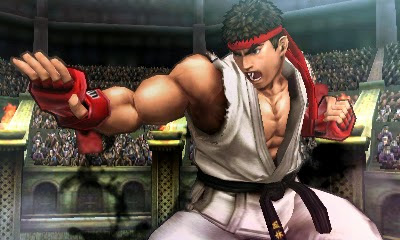