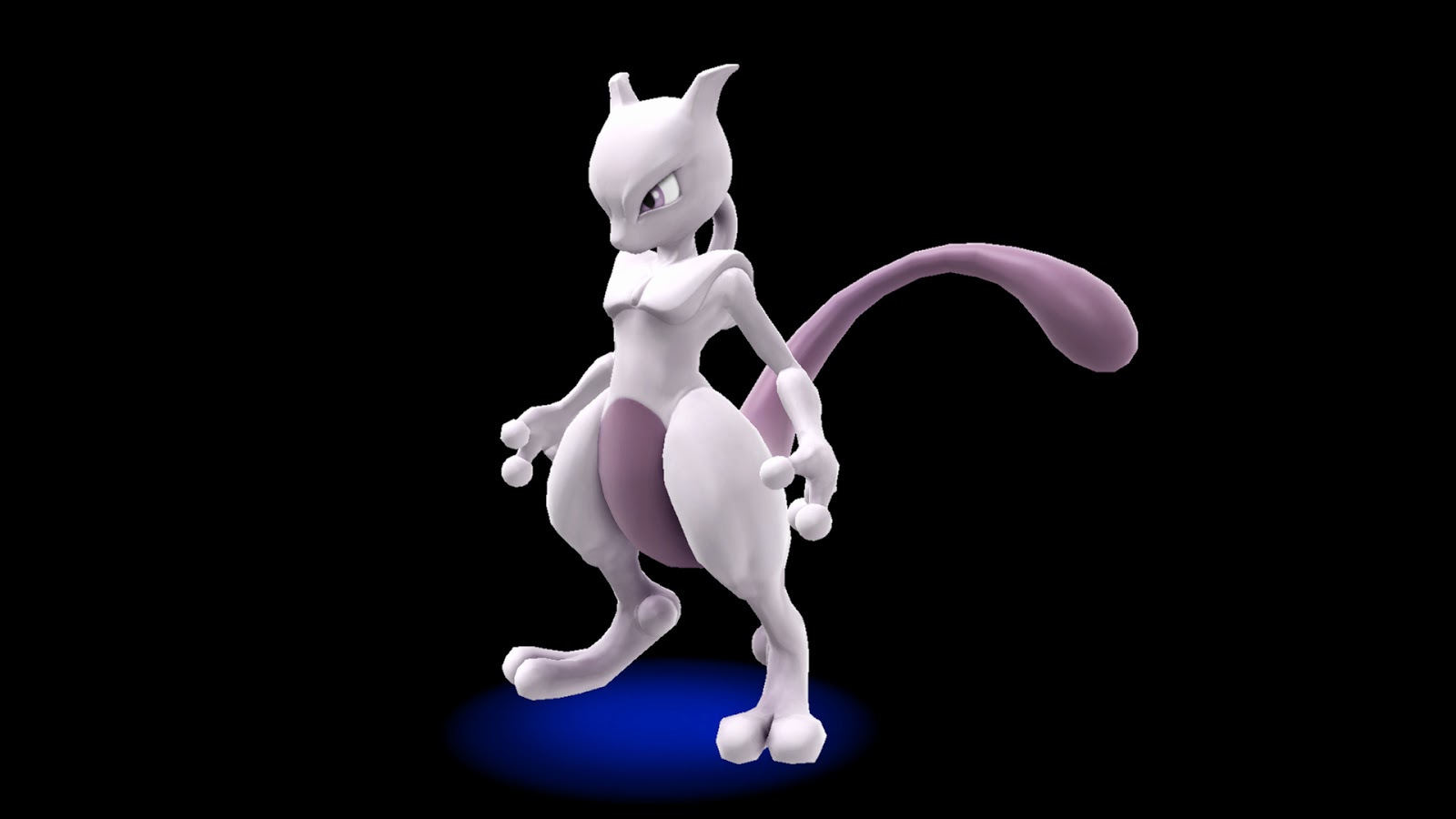 That's right one of the most requested characters for Super Smash Bros. is making his return this coming Spring. Plus more on the #WiiU version of #SuperSmashBros
#Nintendo

Nintendo unveiled tons of new info about the upcoming Wii U Version of Super Smash Bros. during a Nintendo Direct showing. 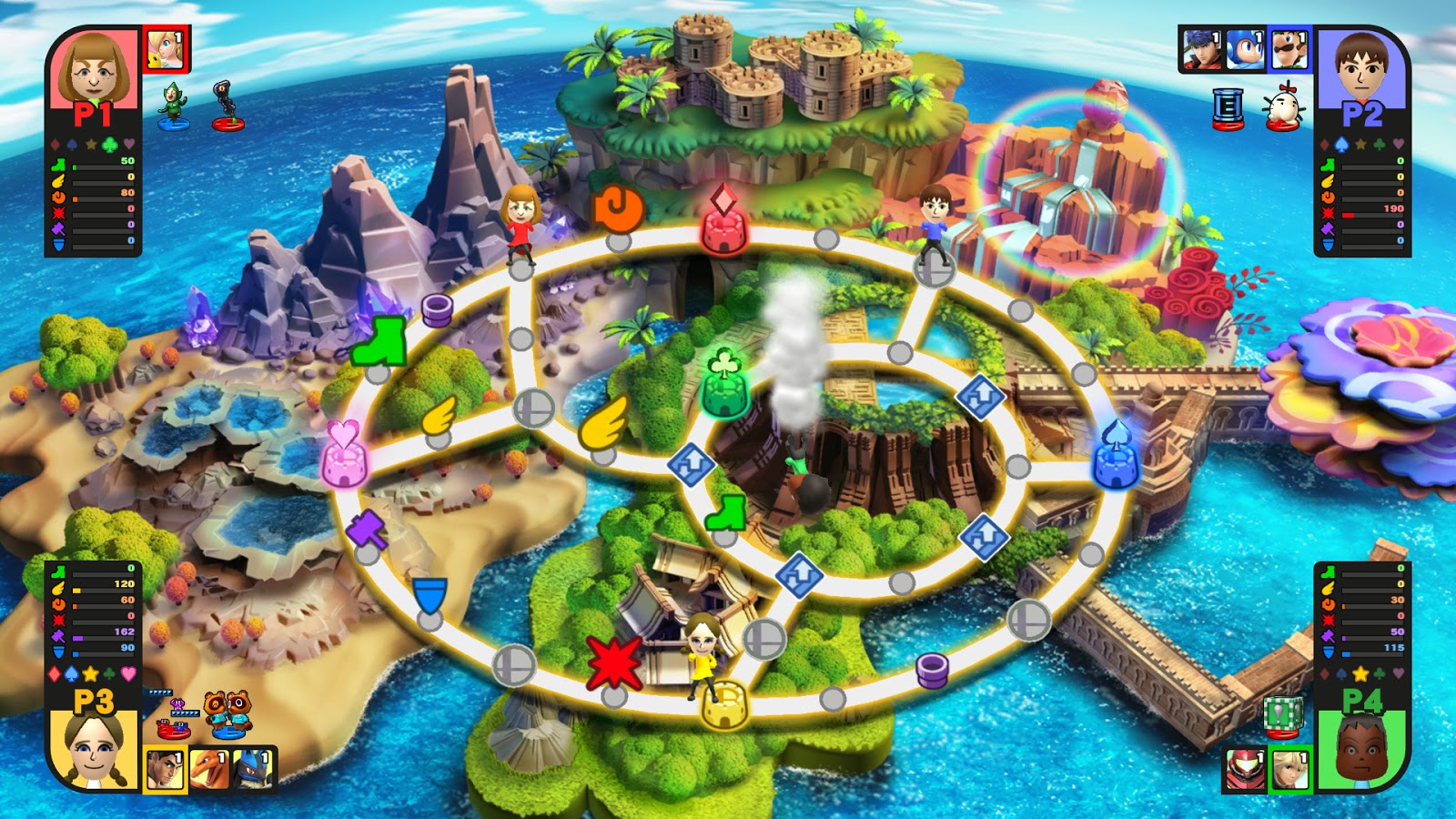 Some of the new features includes...

" 8-Player Smash: In a major first for the franchise, a special mode lets eight players fight simultaneously in local multiplayer. This option appears only in the Wii U version, and lets players compete on even larger stages to accommodate all the characters.

Amiibo Figures: When a player touches an amiibo figure to the Wii U GamePad, the character joins as a “figure player.” The amiibo figures can gain levels to become stronger and add equipment as they gain experience through battling. Players can have amiibo fight one another, and amiibo will bring you presents from the battles they fight in.

Custom Stage Creation: The touch screen of the Wii U GamePad makes it easier than ever for players to build their own stages and eventually share them with friends and other players around the world using broadband Internet access.
Controls: Players who own the Nintendo 3DS version of the game can use their Nintendo 3DS systems to control the action on the TV screen, in addition to the many other control options available.

Importing Fighters: Fans of the Nintendo 3DS version of the game can immediately benefit from the fruits of their smashing labors. Players can import custom Nintendo 3DS fighters to the Wii U game, along with their customized equipment, costumes and hats.

Special Soundtrack Offer: Everyone who buys both the Nintendo 3DS and the Wii U versions of Super Smash Bros. and registers both games on Club Nintendo by Jan. 13 will receive a two-disc soundtrack of music from the games.

Mewtwo: Like the soundtrack, this series veteran fighter will be made available as free downloadable content in spring of 2015 for anyone who buys both versions of the game.

Modes: The Wii U version of the game offers many new modes and different ways to play that keep players coming back for more: 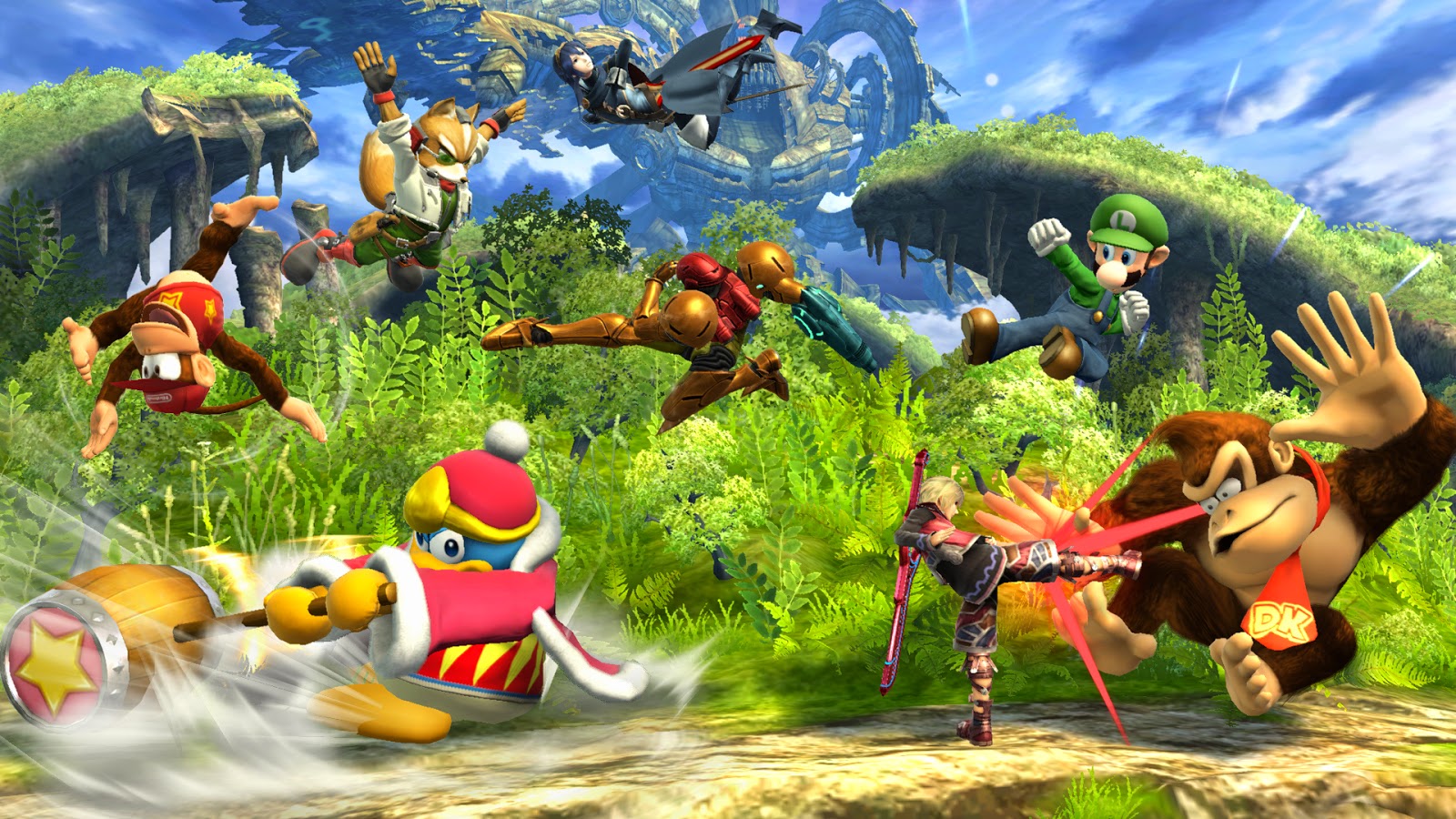 Masterpieces: This menu gives players a peek into the past lives of some of the Super Smash Bros. characters. Players can play cut-down versions of the characters’ greatest games.

Stages: The Wii U game offers more stages than any game in the series. The expanded Big Battlefield makes its debut in addition to the traditional Battlefield Stage. The Great Cave Offensive, based on the underground labyrinth found in Kirby games, challenges players to avoid potentially lethal danger zones – or throw their opponents into them. The Jungle Hijinxs stage, based on Donkey Kong Country Returns, lets players fight in the foreground and background. Blast barrels shoot players from front to back and vice versa.

Tunes: The game includes hundreds of music tracks, songs and jingles that players can listen to and settings to customize what music plays during game play. Players add songs to their library by collecting CDs that appear while smashing or after completing challenges.

Movies: When players clear Classic or All-Star modes, they’ll be treated to a brief movie featuring whichever fighter they used. Every fighter has a movie, so it’ll be a challenge to view them all.

Ridley. Yes, Ridley: Fans have been clamoring for Ridley to appear in a Super Smash Bros. game for a while, and now they’re getting their wish. But true to form, Ridley appears in an unexpected way. Players will find him in the Metroid series-inspired Pyrosphere stage, but he does more than just hassle players. If one player attacks Ridley enough, Ridley will join that fighter’s side and attack others. Players (including the one on Ridley’s side) can KO Ridley to earn a point toward the match result total. And if Ridley consumes enough energy, he will become Meta Ridley and all the more vicious.

Characters: The Wii U version offers 40 characters and the use of Mii characters from the start. Each character’s moves match those found in Super Smash Bros. for Nintendo 3DS, so players who hone their skills in the portable game will have an edge over opponents in the console version of the game." - Nintendo