The World Ends With You Solo Remix is now on Android 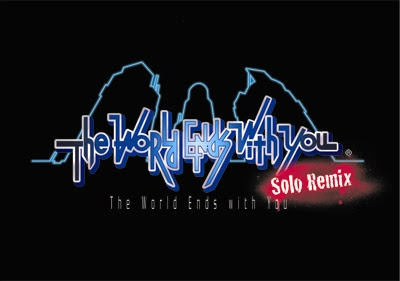 The World Ends With You Solo Remix finally makes its way to #android.
#TWEWY #SquareEnix

"The mobile version of the critically acclaimed action-RPG, brings players back to the streets of Shibuya as Neku with new tracks and new social gameplay elements specifically designed for mobile players. Previously released on the iPhone® and iPad®, the game is now available on Android devices through the Google Play store for $17.99.

Story
A boy named Neku wakes up in a crowded intersection of Shibuya in the heart of Tokyo – alone and unaware of how he got there. Then, he receives a text message: “Clear this mission...or face erasure.” With that, Neku is thrust into a life-or-death game that sends him scrambling down streets paved with one riddle after another. " - Via Square Enix

I wouldn't be surprised if you aren't familiar with the "TWEWY" franchise, because I wasn't until i played Kingdom Hearts 3D. Kingdom Hearts 3D featured the main cast for "The World Ends With You" in Traverse Town (Similar to how Final Fantasy we previously featured).  After playing KH3D I went back and played TWEWY and enjoyed it. Im excited to get my hands this game for android.