How To Train Your Dragon 2 - Movie Review 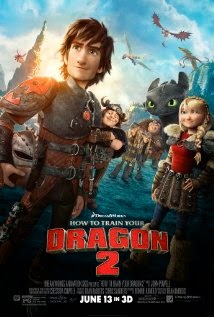 Hiccup and Toothless are back a little older, little stronger, but is the film a little better than the previous one?
#HTTYD2 #Review #Howtotrainyourdragon2

What is it?
How to train your dragon 2 is the sequel to the first film with the same title. In the first film Hiccup teaches his people that what they originally thought about dragons wasn’t true and they aren’t savage beasts that they need to killed. In this film which takes place 5 years later Hiccup is more focused on exploration than what if father (Stoick) has planned for him. While Exploring he find out his people aren’t the only ones who have taken an interest in dragons. Drago Bludvist (antagonist) is collecting dragons basically to take over the world. Hiccup also finds someone who he thought was gone forever. 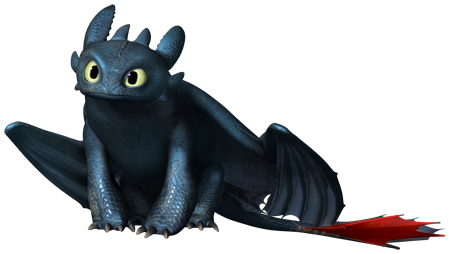 Story
I like the direction that they have taken the story. They made it a bit darker than the original also making it a tad more mature. I didn't actually think they were going to follow through with one of the darker moments of the film but I am glad they did. How to train your dragon 2 reminds me of classic Disney where their target audience is aimed at a younger crowd but has themes that will keep the older crowds interested.

Animation | Visuals
One of the best parts about the film is the eye candy. It is flat out amazing. Everything from simple facial animations to dogfight type air battles, look gorgeous. That not all, it is one of the few movies I recommend seeing in 3D. Unlike most movies where 3D is just tacked on to make 3 extra dollars per ticket, this film was made with 3D in mind. It will actually enhance your experience.

Sound | Audio
As you would expect the voice acting like the first film is spot on. It is a tad awkward to hear no difference in Jay Baruchel (Hiccup’s Voice actor) voice being that Hiccup is supposed to be 20 now… The Soundtrack also like the original is spot on. The use of bag pipes and other instruments keep the whole Viking feeling.

Replay:
I will definitely be purchasing this film when it is released on 3D Blu-Ray as well as seeing it for a second time in the theatres. It’s that good. I’m glad that DreamWorks plans on keeping this series going with a follow up to this film and maybe even a 4th film.

Final Thoughts
I really enjoyed DreamWorks “How to train your dragon 2”. It’s hard to say whether I liked it better than the first one. They both were excellent films but, if I had to choose I would give “How to train your dragon 2” the edge. If I could change anything in the film it would be to give Hiccup’s non dragon friends more air time. Yes I know that Hiccup and his Family relationship was more of the focus this time around, but I feel that the film could have used more comedic moments.

Recommendation
The real question should be who not to recommend this movie too. If you have time off this summer go see this film in 3D, it the perfect film for the whole family.