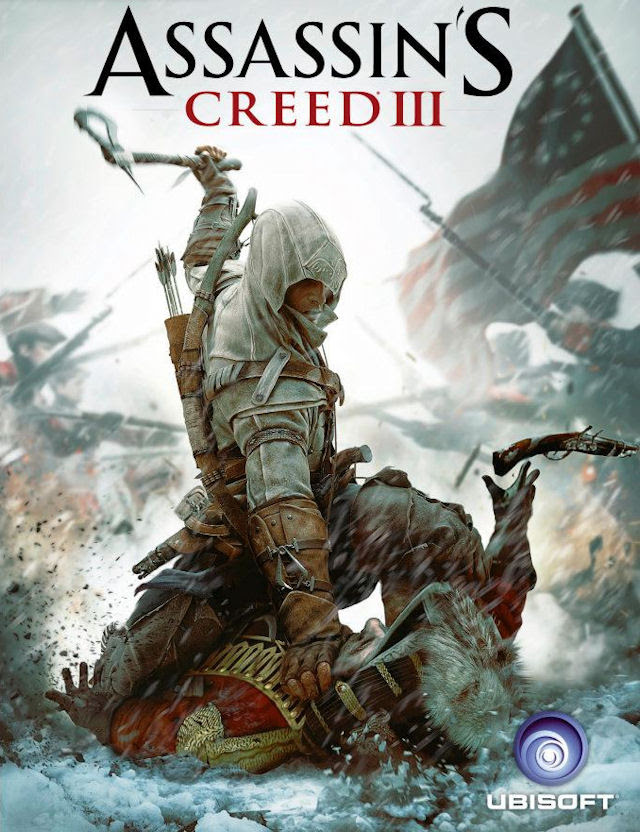 Game Description:
“ASSASSIN’S CREED III INVITES PLAYERS TO EXPERIENCE THE UNTOLD STORY OF THE AMERICAN REVOLUTION THROUGH THE EYES OF A NEW ASSASSIN, CONNOR.

Designed from the ground up over more than two years, Assassin’s Creed III takes one of gaming’s most beloved franchises to new heights.

The year is 1775. The American colonies are about to revolt. You are Connor, an assassin who has sworn to secure liberty for his people and his nation. To do so, you will hunt your enemies across a staggeringly large, open, and realistic world. You will unleash your lethal skills in a violent quest that will take you from chaotic city streets to blood-soaked battlefields in the hostile American wilderness and beyond. You will meet legendary heroes of American history, and together you will conspire to annihilate those who threaten Liberty itself.

Whether you use your predatory instincts to kill silently, or your fearsome arsenal to kill openly, one thing is clear: the world that the Assassins live in has become far more deadly. And so have you.” ~UbiSoft

Why Should I Care?
UbiSoft has been making this game up to be the biggest and epic game of the series. They are claiming that the world (Frontier) in Assassins Creed III is 1.5 times bigger than it was in Assassins Creed: Brotherhood (if you have played AC: Brotherhood you already know that was huge). Also the game is packed with a slew of new features including new battle system that was rebuilt from the ground up to better suit Connor who favors duel wielding weapons, Changing weather, side missions, and the new AnvilNext free running system.


My Thoughts:
Let me put it this way I already have mine preordered… The game is going to be epic, end of story….

I hope…
That this doesn’t turn out to be underwhelming like revelations kind of was for me….