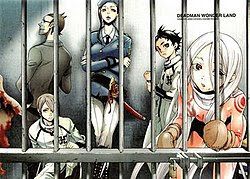 Ghost in the shell, in this case “Stand Alone Complex” is an anime series written by Kenji Kamiyama that originally aired from October 1, 2002 through March 25, 2003. It was later turned into a 160 minuet OVA (Original Video Animation) in September of 2005 as well as a manga in December of 2009.
“The Series takes place in the year 2030, where many people can become cyborgs with prosthetic bodies (Wikipeida.com).  The series follows a public safety task force called Public Security Section 9 which is made up from a verity of law enforcement officers. Motoko Kusanagi mostly known by her position Major is the main protagonist of the series. “Stand Alone Complex focuses on many cases but, the main case Section 9 is investigating is the Laughing Man incident.

What I like….
- Storyline
- Characters
- English dub is good
- Action

Where can I watch it online?
Its all here!!!

Where can I read the manga online?
Here or Here 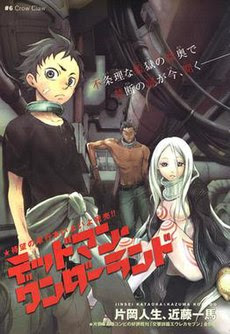 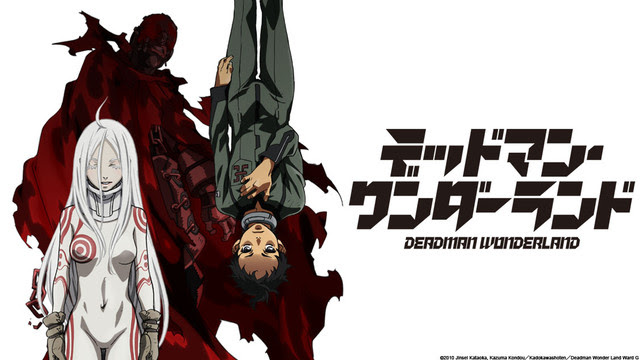 Deadman Wonderland is a manga series written by Jinsei Kataoka, and illustrated Kazuma Kondou, they also did Eureka Seven. The manga was later turned into a 12 episode anime as well as a 27min OVA.
The story follows a middle school student name Ganta Igarashi who gets blamed for slaughtering is class mates as well as his best friends, while it really was the “red man”. After an unfair trial, Ganta is sentenced to death and is incarcerated to in an old theme park called Deadman’s Wonderland. While doing time, he develops the ability to his own blood as a weapon known as Branches of Sin. He is eventually separated from the normal criminals and moved to where people with the same type of abilities. They are then paired up and forced to fight each other in brutal death matches called Carnival Corpse.  (The OVA outlines the back story of Senji which also appears briefly later in the manga.)

***What it needs ***
-          A Reboot like the Full Metal Alchemist got. It could have been way better if they went into more detail and in some cases a different direction.  The anime only went about half way through.

Where can I read it online?
Here

Where can I watch it online?
Here

***Note most anime that i post are hosted on the Website Anime Shippuuden, which has a lot of popup ads. I recommend using Mozilla Firefox with Ad blocker installed or use another browser with a ad blocker or pop up ad blocker installed. I will be looking around for another site that host animes that you can what for free with less or no ads***