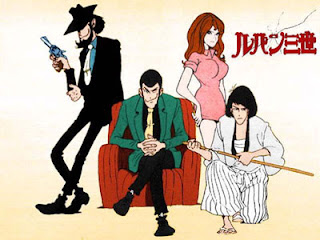 Lupin III is a Japanese Manga series that was adapted into an anime series that spanned over 220+ episodes.  The manga was illustrated by Kazuhiko Kato (Monkey Punch). The story follows a group of thieves Arsene Lupin III and his friends Daisuke Jigen (The Marksman), Goemon Ishikawa XIII (Samurai) and Fujiko Mine (Lupin love interest) as the travel across the world to steal treasures and escape the law. Mainly Koichi Zanigata who is the police inspector working for ICPO.

What I Like
- Its Funny
- The Action
- Its different

Where can I watch this anime online?
http://www.watchanimeon.com/anime/lupin-the-3rd/

Where can I read this manga online?
Im not sure where to find the whole manga but i will post it when i find it... 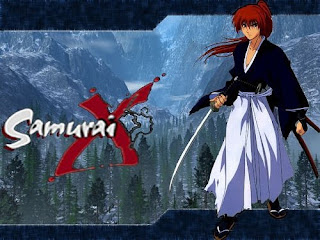 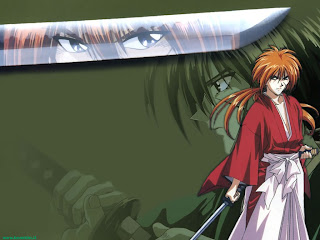 Rurouni Kenshin also known as Samurai X is a Manga series that was adapted into an Anime Series. It was written and illustrated by Nobuhiro Watsuki. The story is about an assassin named Hitokiri Battosai (later goes by Himura Kenshin) who becomes a wanderer to protect the people of Japan.

Where can I watch the anime online?
http://www.animeshippuuden.com/watch/rurouni-kenshin/

Where can I read the manga online?
http://www.mangareader.net/118/rurouni-kenshin.html

Death Note is a Manga written by Tsugumi Ohba and illustrated by Takeshi Obata. The story is about a high school student Light Yagami who finds a supernatural notebook called the Death Note that grants the ability of the user to kill anybody they know the name and face of. The story’s plot centers around Light trying to rid the world of evil using his now found powers, and the efforts of a detective known as L to stop him…

What I don’t like
- Death Note is overrated (everyone seemed to boast about this anime and when I finally got around to watching it, I found it underwhelming)
- It can get kind of confusing

Where can I watch the anime online?
http://www.animeshippuuden.com/watch/death-note/

Where can I read the manga online?
http://www.mangareader.net/113/death-note.html