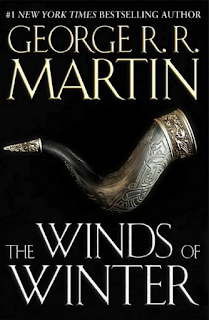 Winter is coming.. (to a end...) and that mean a new Game of Thrones season is just around the corner.
#WindsofWinter #GameofThrones #GameOfThronesSeason6

Thoughts
Where to start...? Well right off the bat I might as well say that the trailer is Spoiler heavy for those who haven't read a seen through season 5 or who haven't read A Dance with Dragons also this may also Spoil some of season 6 if speculation becomes truth. In the beginning of the Trailer Jon Snow is shown bleeding out after being betrayed and "killed" by the Nights Watch. (Yes, Jon Snow is dead... If and how long he remains dead through out Season 6 remains to be seen.) Jamie Reunites with Cersei, though I will they will kill off their intimate relationship like they did in the books. Its interesting what Jamie says in the trailer "Everything they have taken from us, we will take back and more....". Melisandre comes to the realization that everything she has seen in the fire (about Stanis) was a lie. Jorah and Daario are still searching for Daenerys. Daenerys is still a captor of the Dothraki (at least until Drogon catches up to them). Sansa appears to still be in the north but, I'm not sure where. Tyrion seem to be in the catacombs where Daenery's other 2 dragons are chained up (he may be attempting to set them free). War may be starting between Cersei and the the High Sparrow as well as the Tyrells in the High Sparrow. Huge battle may happen in the north between the Boltons and the other norths men over winterfell. This battle may include wildlings and a not so dead Jon Snow (see image below...). Davos, Melisandre, Ghost, and a few Jon Snow loyalist nights watchmen seem to be guarding Jon Snow's corpse from the nights watch. Davos then says after picking up long claw (Jon Snow sword) "I've never been much of a fighter, apologies for what you are about to see...", then he unsheathes the sword. /end trailer