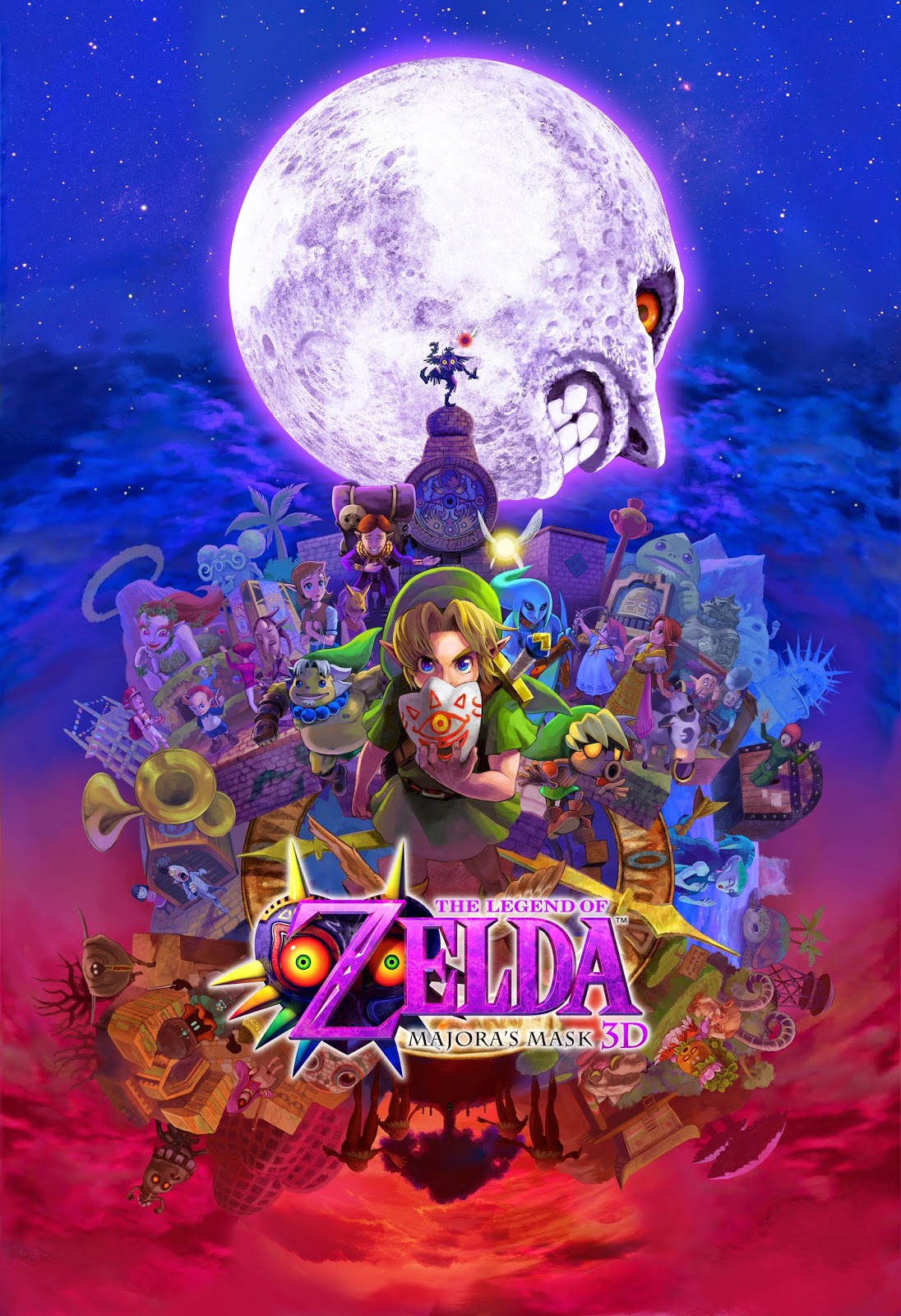 The Legend of Zelda: Majora's Mask is coming in a updated 3D package.
#MajorasMask3D #Nintendo3DS #Nintendo

We all kind of expected that Nintendo would eventually port Majora's Mask to the Nintendo 3DS but, we never expected it to come to pass so soon.

" Majora's Mask is the sixth main installment in The Legend of Zelda series and the second using 3D graphics, the first being The Legend of Zelda: Ocarina of Time, the game's predecessor. Considered by critics to be "darker" among the Zelda games franchise, Majora's Mask is set in Termina, an alternate version of the usual series setting of Hyrule, where the Skull Kid has stolen Majora's Mask, a powerful ancient artifact. Under its influence, the Skull Kid causes the land's moon to slowly fall towards Termina, where it crashes after three days. The main protagonist Link repeatedly travels back in time to the beginning of the three days to find a way to stop the moon from destroying the world." - Wikipedia

" Launching in spring 2015, The Legend of Zelda: Majora’s Mask 3D brings Link’s suspenseful, intricate quest through the mysterious world of Termina to a hand-held system for the first time with enhanced 3D graphics and added features for a smoother game experience. " - Nintendo

Nintendo seems to be actually looking into what fans really want lately (At least when it comes to software). I hope they keep this trend going...

Look for The Legend of Zelda: Majora's Mask 3D this coming Spring.