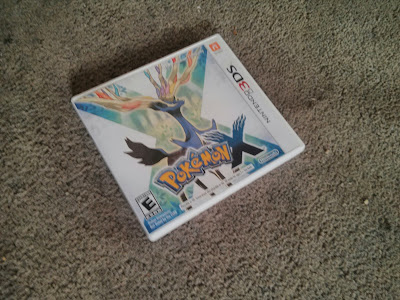 Nintendo & Game Freak put together a Pokémon game like you'd never seen it before. Yes that right the whole game in now using full 3D renders but does it work? 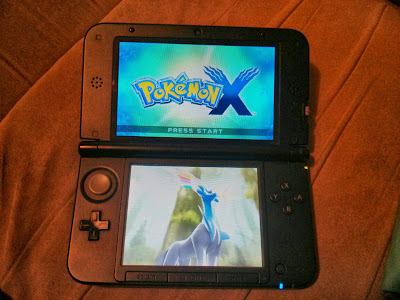 Product Description
“The Next Evolution in Pokémon!” 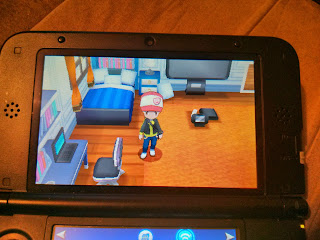 Pokémon X & Y marks the 6th generation of Pokémon games. If you don’t know what Pokémon is by now I have lost all faith in humanity (joking)…. Basically just like all the other main Pokémon games you assume the role as a trainer who travels the region capturing Pokémon and training them by battling other trainers to become stronger. Along the way you will have to take on Gym Leaders who give you badges for defeating them. After you collected 8 you will be allowed to attend the Pokémon League where you take on the Elite Four and the Champion. Sound easy Right…?

So… What makes this game so different from the other generations?
Well Pokémon X and Y (I purchased X) is the first ones to be completely overhauled and transformed into a completely 3D adventure.

My Thoughts:
Out of all the Pokémon games I played I have to say this is the easiest one I’ve ever played, and I have been playing them since red and blue back on the Gameboy. To most especially veterans of the series, the easy difficulty may be a bit of a letdown (I know it was for me… I could have beaten the game with 5 Pokémon that I had early on in the game.).