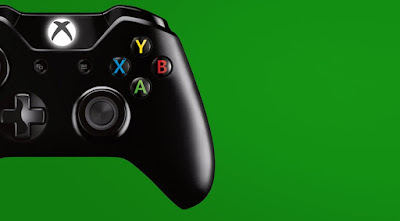 Gaming giants are getting ready for the biggest video games conventions of the year, The Electronic Entertainment Expo. Microsoft recently released their plans for the week.
#E32016 #Microsoft #Xbox


" Today, we’re excited to announce that the Xbox E3 2016 Briefing will take place Monday, June 13, beginning at 9:30 a.m. PDT. During the briefing, you’ll have a chance to check out everything from in-depth looks at previously-announced games to trailers for our unannounced titles coming in 2016 and beyond. You can watch the Xbox E3 2016 Briefing live beginning at 9:30 a.m. PDT on June 13 on Xbox.com, the Xbox Twitch Channel, via the Xbox Live Events Player on Xbox One and Xbox 360 consoles, or on the big screen at your local Microsoft store. You can also watch the Xbox E3 2016 Briefing on Spike TV in the U.S. and Canada at 9:30 a.m. PDT / 12:30 p.m. EDT.
For more Xbox news at E3, we’re also happy to share that we’ll be bringing back Xbox Daily: LIVE @ E3, our live news show that covers all things Xbox at E3 – from breaking news and exclusive announcements to trailer reveals and interviews with game creators. The one-hour show will be hosted by Larry Hryb, Xbox Live’s Major Nelson, and Graeme Boyd, Xbox Live’s Acey Bongos, and will include a variety of guest stars and prominent industry figures. Xbox Daily: LIVE @ E3 will air on Tuesday, June 14 and Wednesday, June 15 from 4:00-5:00 p.m. PDT, and can be streamed live on Xbox One, on Xbox.com (both on your desktop and on mobile), on Xbox 360, and on the Xbox Twitch Channel.  Each show will also have interactive experiences created just for fans watching live on Xbox One.
This year, Xbox is partnering with Twitch to bring gaming fans wall-to-wall coverage of the entire week of E3. Go behind the scenes, catch the latest announcements, and watch the best Xbox games in real-time. You’ll be able to watch everything on the Xbox Twitch channel from 12 p.m. to 4 p.m. PDT on Tuesday, June 14, from 10 a.m. to 4 p.m. PDT on Wednesday, June 15, and from 10 a.m. to 5 p.m. PDT on Thursday, June 16." - Will Tuttle via Xbox Wire

Thoughts
I'm curious what Microsoft will do to excite their fan base at this years E3. While the Xbox One isn't doing terribly right now, it could be doing a lot better. I'm hoping they will have a little more than just Gears of War 4 and Halo 5 DLC to show. I'm also hoping they don't just show us a slew of 3 party multiplatform games like Madden and Call of Duty. Microsoft needs to dig deep this year if they want to catch up the Sony's momentum.