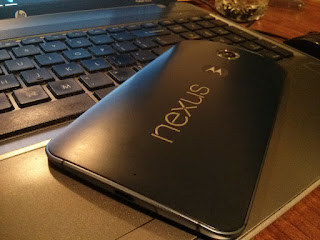 Why would someone choose the aging Motorola Nexus 6 over a newer more powerful device? Hopefully this review should help you understand.
#Nexus6 #MotorolaNexus6 #Nexus 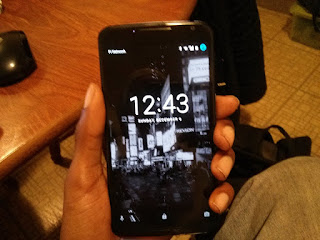 What is it?
As the name suggests it is the 6th phone in Google’s Nexus line as well as their first phone sporting a 6 inch screen. Well technically it has a 5.95 inch display. 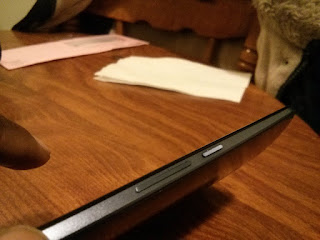 Design: 4.5
For the most part, all of the Nexus Devices were designed really nicely. With the Nexus 6 it is no different. It has a hard plastic back and encased by a metal chassis with a 6” AMOLED display on the front. The front of the device is devoid of any buttons or indicator lights which gives the nexus 6 a clean look. It has front facing speakers that are built into the screen. The left side of the Nexus 6 is clean. The Right Side has the Volume rocker as well as a rigged power button. Bottom has the MicroUSB port and the top has the SIM tray and headphone jack. I wish the volume buttons were located either lower or on the left hand side of the device. I always seem to press them when i pick up the device. Plus it’s a lot harder to take screenshots w/ one hand…

Performance: 4
I was a bit shocked but i haven’t ran into any real performance issues. There is a slight bug that I was getting when using Spotify (at times when opening into the app it wouldn’t play any volume while the song was playing. This may be a Spotify bug or a bug with android 6.0 because I don’t remember this while I was on lollipop.). The phone does run hot when playing GPU intensive games. The audio sounds great coming out of the front facing speakers. The aren’t the best i heard but definitely still only second to HTC BoomSound. The Camera is probably the biggest disappointment of the the device in my opinion. It isn’t a terrible camera, actually it is a really capable shooter with 13MP w/ OIS and an aperture of ƒ2.0. The real killer is shutter lag, and meh camera app (get one from the play store…). I’m not a huge selfie shooter but if you are you may be disappointed due to it only having a 2MP shooter on the front.

Battery Life: 4.5
Originally i would have gave the battery life a 3 - 3.5, but since the update to Marshmallow i can easily get a day of use out of it with 4-5 hours screen on time.

Price / Value : 4.5
Probably the most controversial issue is the price. Originally when i first used the Nexus 6, way back when i would have never forked over the money for it. I just didn’t seem like $650 was the right price for what you are getting. Now that it is $349 it’s well worth it and I highly recommend it. It puts it in the price range of the Middle to High end devices. In other words it a no brainer. If you want android in the purest form but don’t want to break the bank for the Nexus 6P get this.

Final Thoughts:
So the running question that I have been receiving a lot lately is why I went back to the nexus 6 over going to one of the newer devices or the Nexus 6P. The simplest answer I can give is that it’s the best value available. It doesn’t have the best camera, nor the best display, battery life, processor / performance but, it just works… (Kinda Reminds me of another device that just works... ) 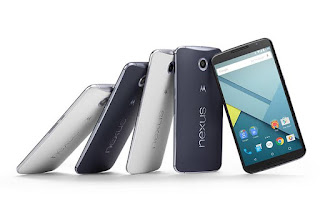