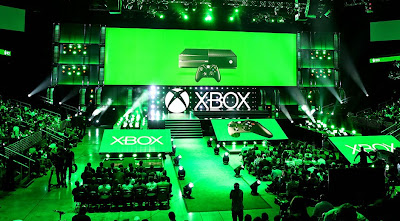 2015 is gonna be a huge year for #Microsoft especially with the launch of Windows 10 on the horizon. They will be trying to keep that momentum flowing on the gaming side of things with announcements at #E32015

We’re also bringing back Xbox Daily: LIVE @ E3, our live show that covers everything Xbox happening at E3 – breaking news, exclusive announcements, trailer reveals, game demos, and interviews with game creators. The one hour show will be hosted by Larry Hryb, Xbox Live’s Major Nelson, and Graeme Boyd, Xbox Live’s Acey Bongos, and will include guest stars and industry elites, including Head of Xbox Phil Spencer and guests from 343 Industries, Turn 10 Studios, Crystal Dynamics, and others. Xbox Daily: LIVE @ E3 will air on Monday, Tuesday, and Wednesday from 4-5:00 p.m. PDT, and can be streamed live on Xbox One, on Xbox.com (both on your desktop and on mobile), and on Xbox 360. Each show will also have interactive experiences created just for fans watching live on Xbox One." - Microsoft via Xbox Wire