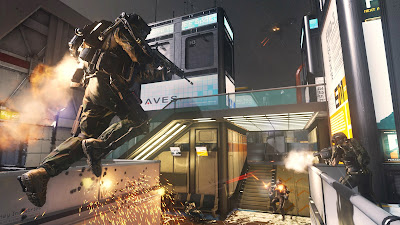 " Call of Duty: Advanced Warfare Supremacy includes four new, action-packed multiplayer maps, all featuring the new Exo Grapple mechanic, which adds a layer of fun and strategy to the experience.

Parliament: Docked on the River Thames, this military cargo ship delivers a view of the London cityscape along with a fast-paced combat experience. Mixed site-lines provide opportunities for all styles of play to dominate this medium-sized map. Players can take control of the map-based scorestreak to unleash a barrage of missiles that annihilate enemies.

Kremlin: Gamers must prepare for intense combat outside Russia's presidential palace in the new map Kremlin, as they navigate the worn-torn buildings of Red Square in this medium-sized, three-lane map. Secure elevated positions to give the team a strategic advantage, or use exoskeleton capabilities to avoid being caught in the minefield that activates mid-match.

Compound: Players take combat preparation to the limit in an Atlas training facility hidden away in the Colorado wilderness, as they'll have to be quick on the trigger in this small, symmetrical map, which funnels high-speed combat through tight corners to the main tower structures.

Skyrise: Players deploy to an Atlas Skyscraper overlooking the Acropolis in Athens, Greece. Based on the fan-favorite, Highrise, from Call of Duty: Modern Warfare 2 by Infinity Ward, this map brings new exoskeleton mechanics to the classic multiplayer layout. Gamers must dominate the power positions in the center of this small-to-medium sized map to control the key navigation points.

Call of Duty: Advanced Warfare Supremacy will be available first on Xbox Live for a suggested retail price of $14.99 on June 2. The Supremacy DLC Pack is also included in Call of Duty: Advanced Warfare's DLC Season Pass*, featuring all four DLC Packs planned for the year, as part of the discounted bundle offered at a suggested retail price of $49.99 - a discount of $10 off the individual purchase of all four DLC Map Packs." - Activision

My Thoughts
I'm not a huge Call of Duty fan anymore but im glad they still support their games until a new one is released. They biggest problem I have with this is the price. If you purchased the game last game year when it was released it would have ran you $59.99. Now add on the 1-3 DLC packs they add a year = a whopping $105 for a game that you are going to no longer play a year later. Map Pack DLC should be free IMO... 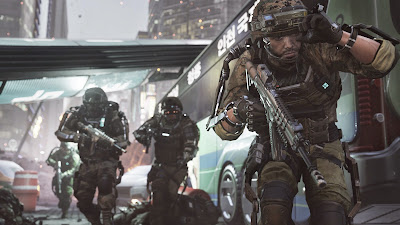