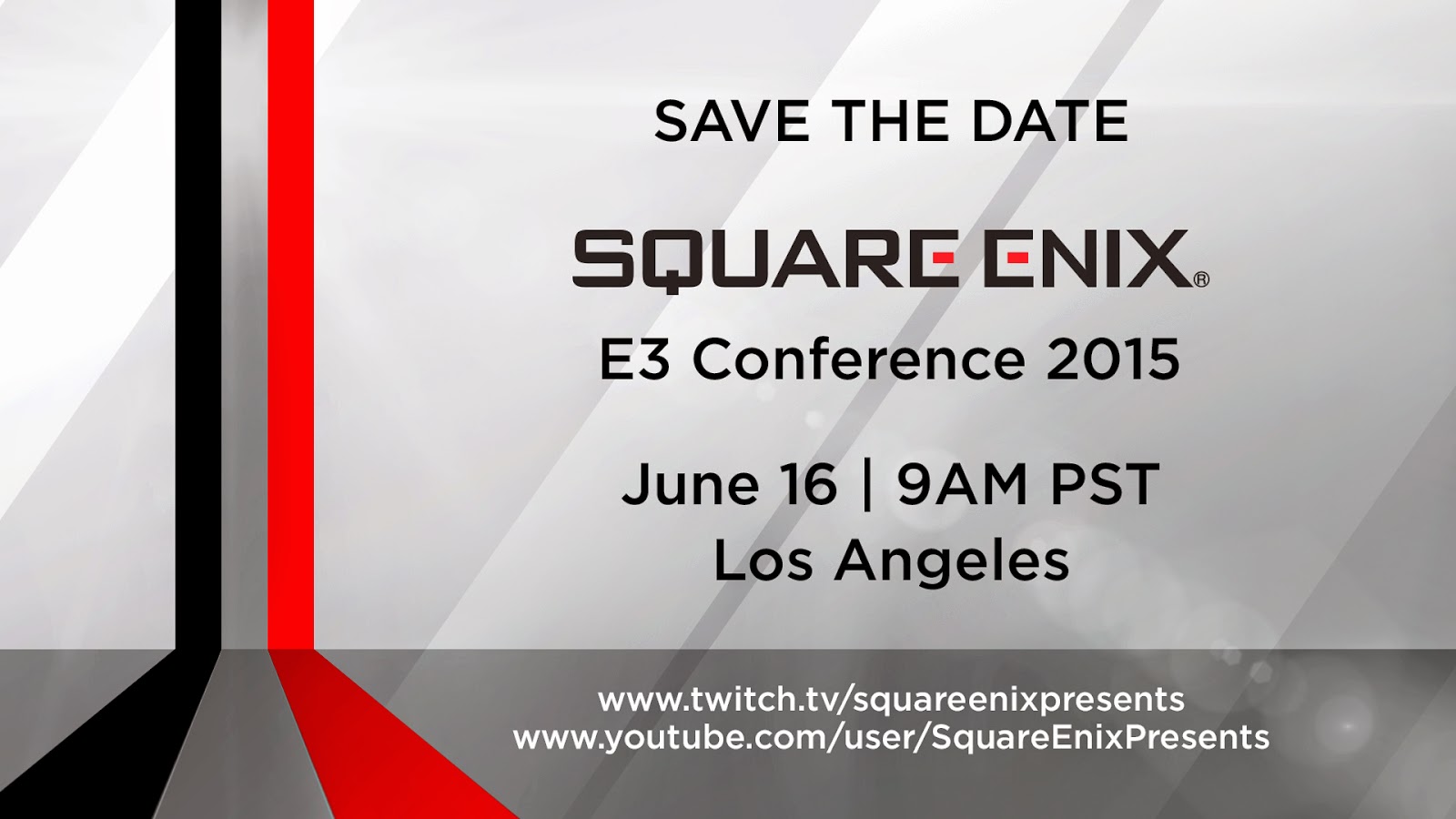 E3 is just around the corner, and companies are rearing up to showcase their latest and greatest.
#SquareEnix #E32015 #Gaming

" With some of the most anticipated games for 2015 and beyond, Square Enix is hosting a dedicated E3 conference in downtown LA on Tuesday, June 16, at 9 AM right before E3 kicks off. " - Square Enix

Square Enix is known for big named titles like Kingdom Hearts, Final Fantasy, and they publish Tomb Raider games. What games do you think will be highlighted during this Conference?