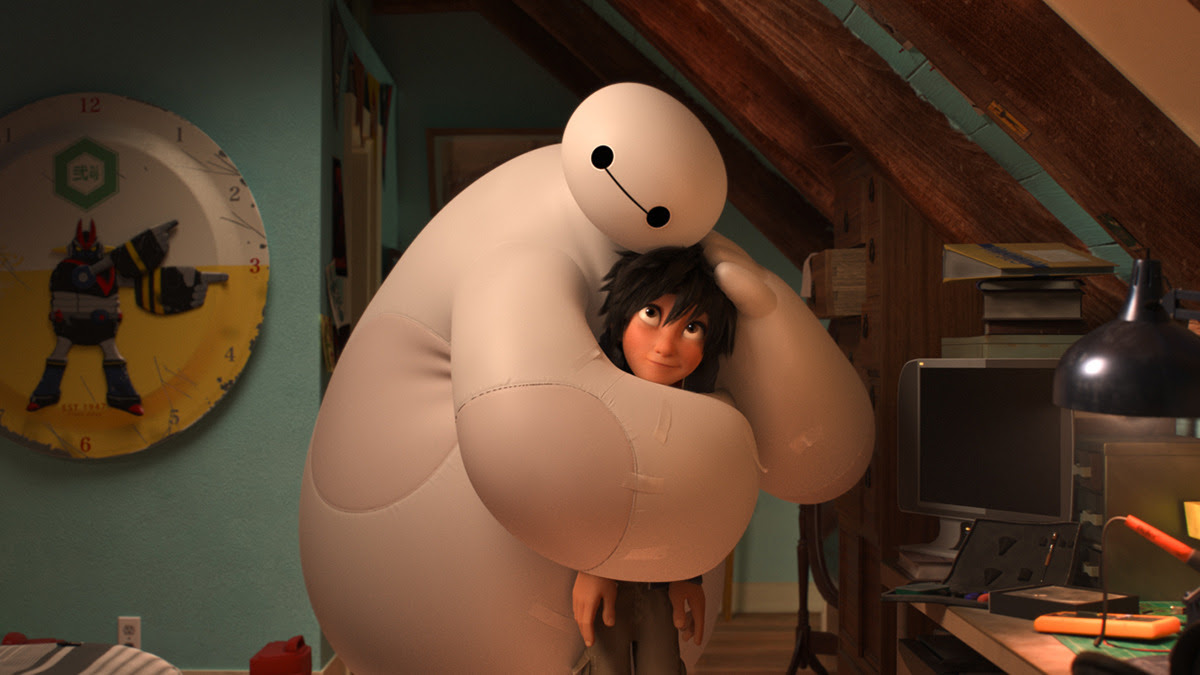 What do you get when you send to the Michelin man to Med-school? You get Baymax! (lol joking)
#BigHero6 +Walt Disney Animation Studios #Baymax

Movie Description
“The special bond that develops between plus-sized inflatable robot Baymax, and prodigy Hiro Hamada, who team up with a group of friends to form a band of high-tech heroes.” – IMDb

What is it?
Big Hero 6 is action animated film about a boy name Hiro Hamada (who is a 14 year old from a made up city called San Fransokyo) and an inflatable robot named Baymax.

Story: 4
Big Hero 6 has a well-rounded story. It has all the typical ingredients of a Disney movie, minus the musical elements. I wish they developed some of the supporting characters a bit more.

Visuals: 4.5
Animation is probably where this movie shines the most. A few years back a CGI film was only par if it could be compared to a Pixar film. Now Disney clearly sets the standard when it comes to animation.

Sound / Audio: 4
Voice acting is great as usual for Disney. On the music side of things it is just par. In filmmaking Visual, story and, music working together drives a film to success. I feel the music didn’t hinder the film but it didn’t push it forward much either.

Replay: 3.5
While I have seen this film about 3 times the replay value is still only moderate.

Recommendation:
I recommend this film to anyone who is into action / animation films. It’s a great watch for the whole family. It will be a great buy when it becomes available on DVD / Blu-Ray.

Fun fact
Big Hero 6 was inspired by the Marvel Comic with the same name.