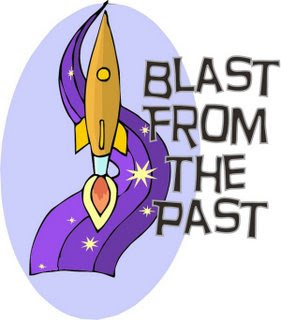 Blast from the Past
Have you ever l thought back and was like, what ever happened to ________ or ________ was my favorite ________... I’m pretty sure everyone has done it at least once I know I do it all the time. That is why I made up this segment to my blog, because even the best of us like to reminisce when we know there is something else that we should be doing.

What is it?
Starburst Fruit Twists was a twisted candy similar to Hershey’s Twizzlers but with 1 big difference. They tasted amazing!!! Seriously if you take Twizzlers and make them softer, pump them up with the bold flavors of starburst 2x, make them 4 different flavors and you would get a match made in haven…

So what happened to them?
That’s still up in the air (so to speak)… No one really knows what has happened to them. Herd rumors online ranging from Hershey paying them off to stop selling them; to Mars just removing them do to lack of sales. I’ve contacted Mars to see if I could get a straight answer out of them a have yet to receive a reply…

Update:
I been contacted by a Wrigley's Customer Care Rep:

We always enjoy hearing from great fans like you.

Unfortunately, when people stop buying certain products over time, we’re forced to discontinue them. That is what happened to the Twists.

We’ve been in the gum and candy business for a long time, and always felt that even in something as little as a stick of gum or piece of candy, quality is important. We work hard every day to make the best tasting products in the best packaging in hopes that people will love them as much as us. It’s great to know you appreciate our hard work.

We’ll pass your compliments along to everyone involved in making, packing and bringing this product to your store shelves.

Keep loving Starburst® Candy, and any of the Wrigley brands you end up trying for many years to come! If you have any additional questions or comments feel free to contact us at 1-800-WRIGLEY (974-4539)  Monday through Friday from 8:30 a.m. to 5 p.m. CST or visit us at www.wrigley.com.

For more news on Starburst®  Candy, check out its Facebook page at: https://www.facebook.com/Starburst

Have a sweet day!

In general she stated what i stated earlier...

What are we left with now?
In 2006 Hershey’s released Twizzlers Rainbow Twist. If you have tasted Starburst Fruit Twist and then figure that these would be a good substitute, you are in for a rude awakening. In all honestly they aren’t the worst candies I ever tasted (that would be flat out liquorish) but, they are really bland and only make you long for something so much better.

Fighting Force is a 3D “beat em up” game (now a days we don’t have many of these…. We mostly have Hack n Slash which could be considered to be close to the same thing). You basically choose 1 of four characters and you battles your way through waves of enemies. It gets even better too, because you can do it all co-op as well.

Was it as good as it sound?
In my opinion yes but, the game did receive mixed reviews. Like most well all games it did have its flaws. My biggest flaw was the game was rather short and, unbalanced… Over all it was a blast to play with my best friend growing up.

Possible Sequels?
Well the Nintendo 64 version was kind of a sequel but it was more of an updated with slightly better graphics. Fighting force II was released on the PS1 and the Sega Dreamcast but was nowhere as fun as the original due to the fact that they have got rid of the formula that made it good in the first place… Fighting Force 3 was canceled but was in development for the Xbox and the PS2. What they should do is give the original a HD Upgrade and Release it on PSN, XBLA, and the new Wii-U Store, Add online play and call it a day.