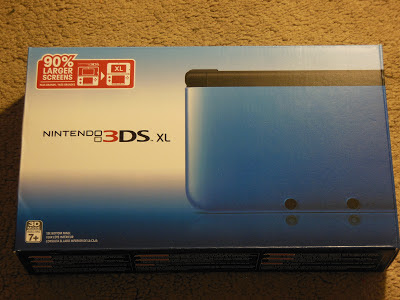 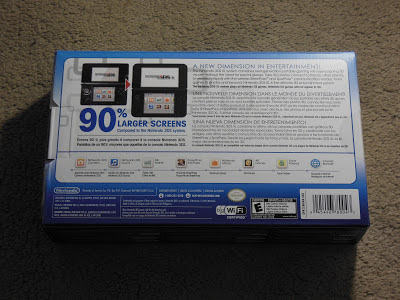 What is it?
The Nintendo 3DS XL is the redesigned version of the original Nintendo 3DS. The most notable Changes are the Gigantic Screens.

Are the screens really that big?
Well, yes they are… I you set it side by side to the original your will see vast differences in screen size.

So increasing the screens to massive proportions means that it is bulky as hell…?
Kind of, but surprisingly it not as big as you think. It is roughly the side of the original Nintendo DS, but thinner.

What about 3D… Does it work?
The effect actually varies from person to person, (some people just can’t see 3D) and game to game. In my experience I could barely see it on the original. On the XL it is a lot easier to see, this is probably because the screen is so much bigger. 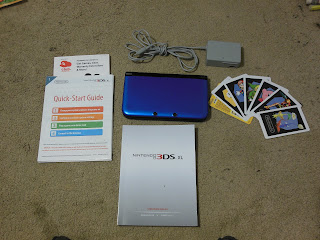 Features:
-          3 Cameras: 2 in the back for taking 3D pictures and video and, 1 in the front for well self-portraits. The cameras are 0.3 megapixels.
-          Activity Log: This allows users to track how they use 3DS.
-          Pedometer: Tracks how many steps you take it also rewards you with coins that you can use in the Club Nintendo Reward Program.
-          Augmented Reality: Basically but scanning the QR coded cards with the 3DS will allow you to interact with 3D rendered games / characters.
-          Backwards compatible with DS and DSI software
-          SpotPass and StreetPass: These features basically allow your 3DS to communicate with other devices while in sleep mode, to receive info demos, videos, and much more.
-          Internet Browser: Allows you to browse the internet
-          Netflix
-          Miis: Miis are personal avatars that first made an appearance on the Nintendo Wii. They work basically the same way here.
-          Nintendo Network: you can say goodbye to friends codes (well not really, you still have one but that is all you need.) cause now you can just add your friends once and play across any multiplayer game.
-          Nintendo eShop: basically 3DS version of a Game and App Store.
-          Swapnote: Think of a advanced version of Pictochat

My thoughts:
I was always weary of buying a 3DS specially that Nintendo as a track record of redesigning their handhelds like every 12-24 months. Also I didn’t like the original design of the 3DS, it had like 4 shades of colors and it was very boxy. I did pick up the Limited edition Legend of Zelda OOT: 3D edition one but soon after sold it to the highest bidder. So I was once again 3DS less. Then they announced the Redesigned XL version and I was all for it, though I did hold off a bit till there was enough games that I wanted for were already released. To make a long story short I am very satisfied with my purchase. I hope in the future they add more features like YouTube, Flash enabled browser, and the ability to add your own personal media to it.