Pokemon (pronounced “Po-Ke-Mon”) is a Japanese RPG video game that was released on the Nintendo Gameboy in 1996. Less than a year later it was adapted into an Anime and a Manga series. Both of the series follows the video game’s plot, the manga following it more closely though. The anime story is about a young boy named Ash Ketchum (in Japan he is known as Satoshi) who is driven to be the greatest Pokemon Master. His story starts in Pallet town where he goes to Professor Oak’s lab to receive his starter Pokemon. It turns of that he was too late but instead of receiving the normal starters (Bulbasour, Squirtle, or Charmander) from the Kanto region he is given a stubborn Pikachu instead. Ash and Pikachu will eventually become the best of friends. So far the anime has been around for 14+ seasons and, 14 movies.

What I don’t like
- The anime series following after the original series (this includes Pokemon Advanced - Black and White)
- That Ash and other characters seem to let their Pokemon go after a while… (Why would you get rid of a Charizard?)
- The original main casts splits up… (Ash, Misty, & Brock were the best Trio)
- Ash never seems to mature…
- Nintendo & Game Freak never made a full-blown 3D RPG game out of it yet… (What are they waiting for?)
- At times, the series feels unbalanced…. (How can Ash’s Pikachu go toe to toe with a Dragonite in the orange islands and win, but lose to some chump Pokemon in Black and White…?)

Where can I watch it online?
-English Dub
-Japanese

Where can I read the Manga Online?
Pokemon / Pocket Monsters 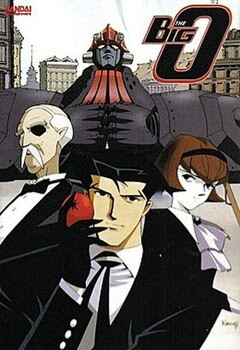 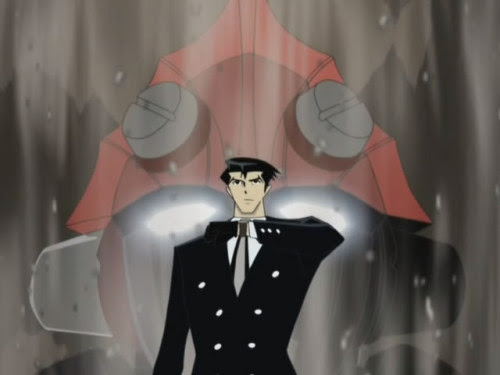 The Big O is an Anime & a Manga series that was created by Kazuyoshi Katayama and Keiichi Sato for Sunrise Studios. It was written by Chiaki J. Konaka. The setting of the story is a place called Paradigm City where some strange occurrence happened 40 years earlier that caused it residents to loose there memories. The story follows a popular negotiator, Roger Smith with the help from R. Dorothy & Norman Burg (His Butler) lends his services to a city much in need…

Where can I watch it online?
English
Japanese

Where can I read it online?
Manga 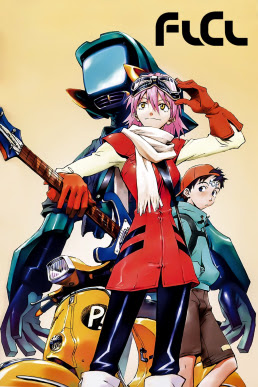 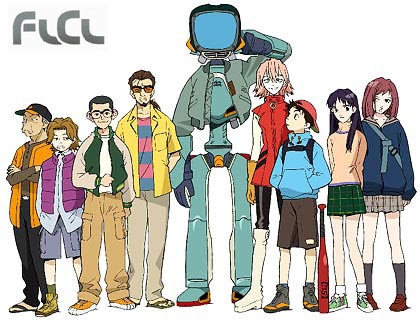 FLCL is an OVA (Original Video Animation) written by Yoji Enokido. The story follows a young boy named Naota Nandaba who lives in a fictional Japanese suburb of Mabase. Naota soon meets Haruko Haruhara who runs him over with a Vespa scooter then hits him with Vintage Rickenbacker 4001 left handed electric bass guitar. Since this incident all kind of wired stuff starts to happen like giant robots coming out of Naota’s Head from the Medical Mechanica…

What I like
- Its funny
- Characters are likeable
- Music is good

Where can I watch it online?
- English
- Japanese

Where can I read the manga online?
- Manga