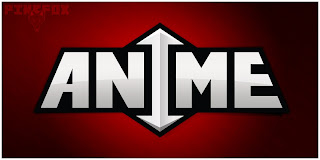 Full Metal Alchemist is a Japanese manga that was written and illustrated by Hiromu Arakawa. It was published by Square Enix. The manga was later adapted into 2 separate animes. The first anime which was titled Full Metal Alchemist loosely follow the story of the manga. The second anime adaptation was titled Full Metal Alchemist: Brotherhood strictly followed the manga. There were also 2 movies that were based off the manga; Full Metal Alchemist The Movie: Conqueror of Shamballa and, Full Metal Alchemist: The Sacred Star of Milos. The Story follows two boys Edward and Alphonse Elric. After their mother dies they try to bring her back using alchemy. Human transmutations are taboo because they go against the laws of equivalent exchange. The tried it anyways and in doing so, Edward lost a leg, and Alphonse lost his whole body. In exchange for an arm, Edward affixed Alphonse’s soul to a suit of armor. In attempt to return their bodies back to normal, they start searching for a powerful item called the Philosopher’s Stone that is said to allow alchemist to bypass the laws of equivalent exchange.

What I don’t like...
- The original anime feels rushed towards the end
- At first Alphonse’s voice is strange but you’ll get used to it

Where can I Read the Manga?
Full Metal Alchemist Manga

Witch Hunter Robin is a Japanese anime series created by Sunrise. The story follows Robin Sena, who is a craft user. She is trained to use her craft of fire to hunt down other witches. In this anime witchcraft is a dormant genetic trait that can be found within some of the human population. It’s the job of STN-J to monitor the seeded individuals (People who have the witch gene) and (or) arrest / eliminate the ones who’s gene becomes awaken.

What I Like…
- Its Original
- Characters
- No Fillers
- Story is intriguing

What I don’t like….
- Felt Too Short
- Though the ending was satisfying it felt rushed

Where can I watch the Anime?
Watch Witch Hunter Robin
Anime Freak

Kekkaishi is a Japanese manga series that was written and illustrated by Yellow Tanabe. The manga was later developed into an anime series that spanned 52 episodes. The story follows a boy named Yoshimori Sumimura and his friend Tokine Yukimura as they protect the sacred grounds of Karasumori from Ayakashi (Supernatural Creatures) who are drawn to the power of the land. Yoshimori and Tokine have to the ability to use kekkai (literally Barriers) to defeat their enemies.

What I don’t like…
- They killed my favorite character….
- Yoshimori reminds me too much of Edward Elric (I know they have the same Voice actors but that doesn’t mean their personality should be the exactly the same)

Where can I read the Manga?
Read Kekkaishi online