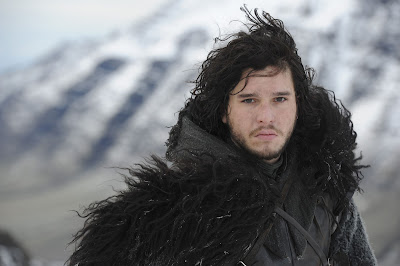 #GameOfThrones #SongOfIceAndFire #GOT #WinterIsHere #Dragonsotone
After a long and almost unbearable wait Game of Thrones has finally returned to TV. Here are afterthoughts of the most recent episode Dragonstone. If you didn't see Season 7 Episode 1, you will most likely be spoiled by this article.

Thoughts
While there wasn't a lot of excitement going on in this episode it was still great. This episode served its purpose of placing the setting of this season, and you can kind of predict where the characters will be heading next. Arya is currently on a mission heading south to kill Cersei but probably will change course when she hears her family, well what's left of it has control of the north again. Also I feel she will find something she has let go in season  1 very soon. Something tell me she will just miss the reunion with Jon though, as he will be heading to Dragonstone to meet with Daenerys. Euron will be looking for that gift for Cersei, which is most likely be the sand snakes. Jamie will probably be heading to Highgarden... Sam will be sending a Raven to The Wall about the dragon glass being at Dragonstone. I'm hoping Bran after hearing that Jon Snow has control of Winterfell will return there and tell Jon his mother is Lyanna Stark and is father is Reygar Targaryen. This is wishful thinking though as I don't think Jon will ever know his true parentage. The Hound and the Brotherhood will be heading to the North