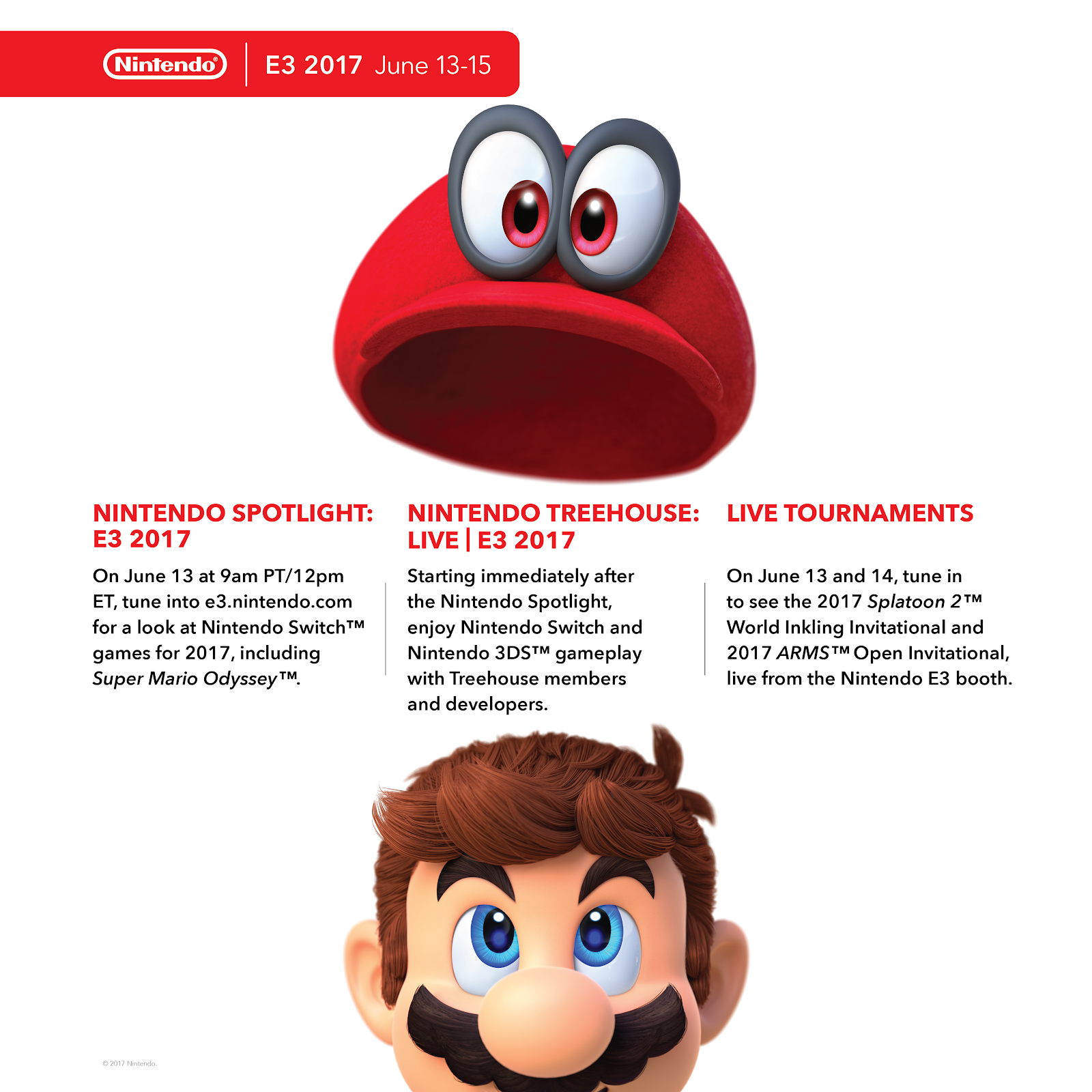 Over the last few years Nintendo has been pretty predictable at these E3 events. No longer do they hold theatrical presentations that crowds would stand up and cheer for. Now they hold slimmed down Nintendo Directs showcasing upcoming games normally scheduled to release by the year’s end. This year I’m keeping my fingers crossed for a little bit more but, i'm not going to get my hopes up too high.

What Nintendo Said / Put out so far…

Thoughts
Honestly speaking I do not have high expectation for Nintendo’s showing at E3 2017. I know that they will be hyping Super Mario Odyssey for the Nintendo Switch and honestly they should be, due to it being the first 1st party title developed by Nintendo for the Nintendo Switch. I don’t see them pulling any other huge titles out of nowhere. I do feel they do have something in the works for the Nintendo 3DS. It would be a waste of time and money for them to come out with the *NEW* Nintendo 2DS XL but have no “A” title to come out for the 3DS this year. I’m sensing pocket monsters in our future… Could it be the rumored Pokemon Star? Time will Tell.