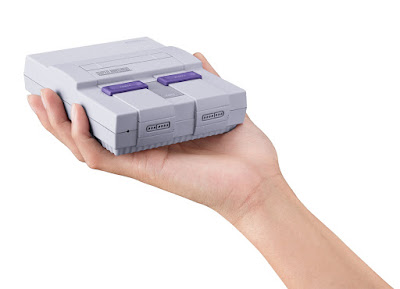 
What is it?
Much like its predecessor the SNES Classic Edition is a miniature SNES console emulator by Nintendo to play classic games.

What games are on the system?

What Nintendo have to say?

"The Super Nintendo Entertainment System, Nintendo’s follow-up console to the legendary Nintendo Entertainment System, launched in 1991 and introduced what many consider some of the greatest video games of all time – classics such as Super Mario World, The Legend of Zelda: A Link to the Past, Super Mario Kart, Super Metroid and F-ZERO. On Sept. 29, this beloved console is coming back to stores in the form of the Super Nintendo Entertainment System: Super NES Classic Edition. The mini system, which contains 21 pre-installed classic games and can easily be plugged into any high-definition TV using the included HDMI cable, will be available at a suggested retail price of $79.99. And for the first time, players who pick up the system can enjoy the intergalactic adventure Star Fox 2, the sequel to the original Star Fox game that was created during the Super NES era but never released … anywhere! “While many people from around the world consider the Super NES to be one of the greatest video game systems ever made, many of our younger fans never had a chance to play it,” said Doug Bowser, Nintendo of America’s Senior Vice President of Sales and Marketing. “With the Super NES Classic Edition, new fans will be introduced to some of the best Nintendo games of all time, while longtime fans can relive some of their favorite retro classics with family and friends.” - Nintendo 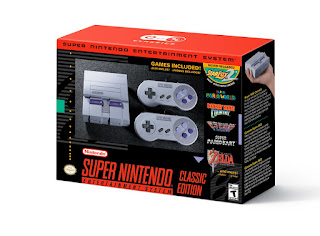 Thoughts
Nintendo fans and hustlers it is time to rejoice. Nintendo is getting ready to release another product that will likely be under-produced. Honestly though I can't wait to pick up one of these myself. I am not really a fan of the price being that the original only cost $50. I can't wait to get my hands on Star Fox 2 though.