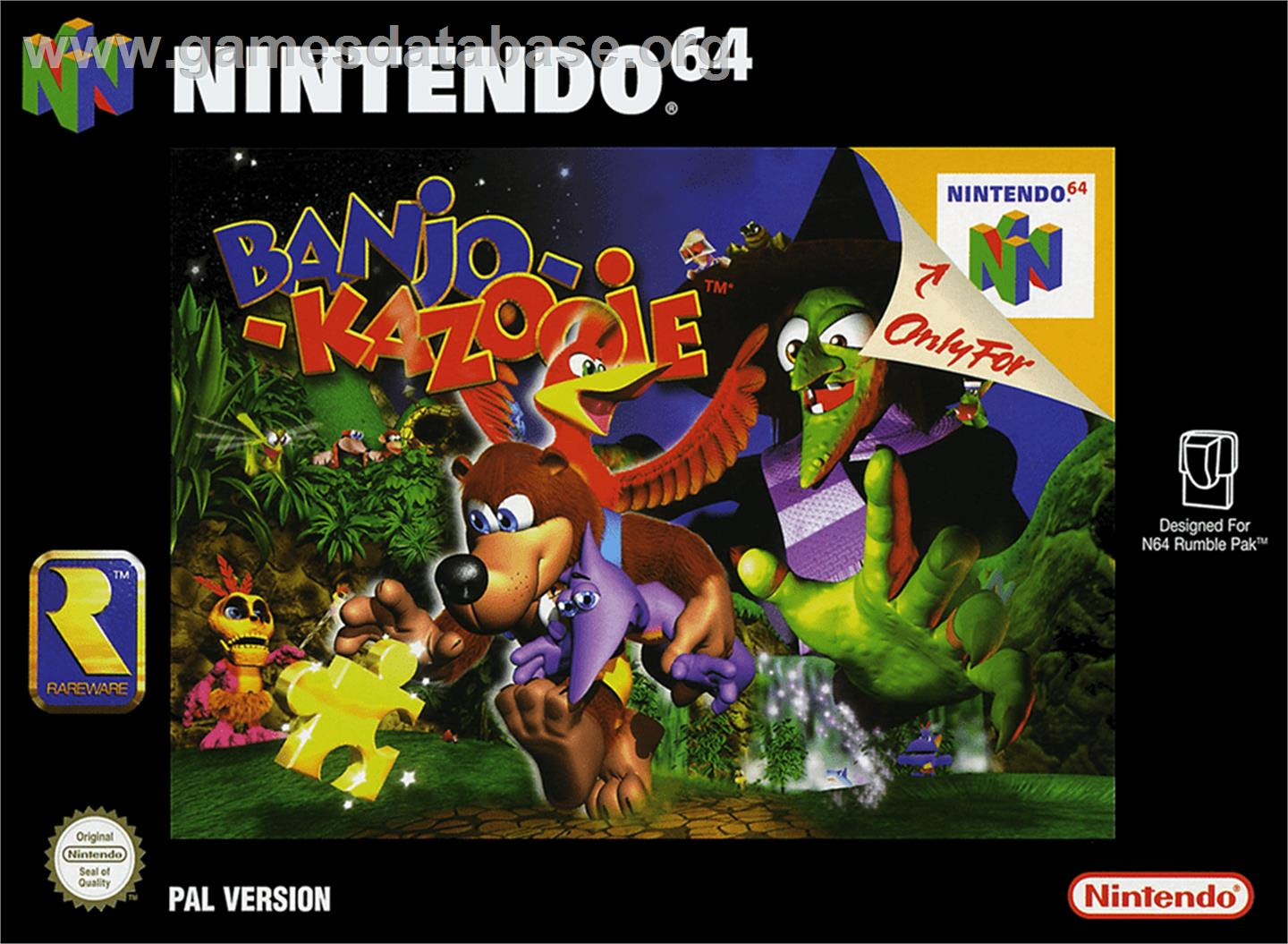 
What is it?
Banjo-Kazooie is a free roaming 3D platfomer staring a bear named Banjo (in the game opening he actually play a banjo… guess pun was intended), and a female bird with attitude name Kazooie. The game is similar to Super Mario 64 as it has a free roaming overworld, and different worlds accessible through it. You also have to collect jigsaw pieces to progress through the game. Unlike Mario 64 this game packed with comic mischief and a story-line.

Pros:
-          Graphics: Similar to that of Mario 64, they aren’t stunning by today’s standards but back in 1998 they were game changing. Playing the game today the blocky graphics won’t hamper the experience as in you will get more of a nostalgic feel from it.
-          Gameplay: I really don’t know why we can get the same feel out of platforming games today as we did back in the late 90’s… The game flat out just works, yeah there are camera issues but honestly they can be overlooked.
-          Funny likable characters
-          Lots to do

My Thoughts:
In my opinion Banjo-Kazooie is probably one of the most underrated games of that generation. Even I used to brush it aside as just a Super Mario 64 clone, which really isn’t fair. In many ways the game is superior to Super Mario 64 and you got to hand it to Rare for the terrific job they did on it. It’s a shame that Rare isn’t a 2nd party or even really a 3rd party developer for Nintendo anymore because they really made game that pushed their consoles to the limit and showcased what games should could be like (don’t agree? Look at Conker: Bad Fur Day, Goldeneye, Diddy Kong Racing, Donkey Kong 64, and Starfox Adventures).  Enough of Rare though and back to the subject, if you haven’t played game I highly recommend playing it…