Market Description
“TweetCaster is the #1 Android Twitter app with the most innovative features! TweetCaster pro is the banner ad-free version of TweetCaster, the #1 Twitter app for Android and the ONLY app with Search Party - revolutionizing Twitter search for everyone.”

What is it?
TweetCaster is a Twitter client for Android and IOS. It has the standard features that you would find on most Twitter clients, and then some… 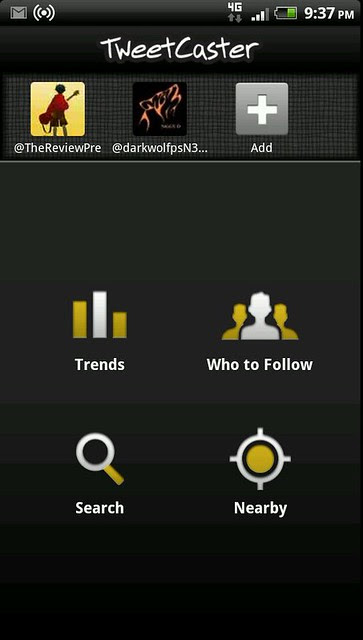 Features:
Search Party - Allows you to search Twitter more accurately
Smarts Lists - Allow you to group people into lists
Zip It - allows you to mute people who spam your feed
Face book - Lets you post to both face book and twitter at the same time
Multiple Twitter Accounts - pretty self explanatory
Instapaper - Allows you to save stories to read later
Color Code Tweets - Allows you to change the color of your tweets and mentions
Widgets - Two different size widgets that with different color options
Advanced Retweeting - doesn’t seem that advanced to me but it allow you to retweet with or with out a comment.
Customization - every thing from theme, font size, to notification frequency
Long Tweets - use the Twitlonger service to tweet over 140 characters

How well do they work?
I tested all of them and they all work pretty good. Honestly I don’t actually use all of the features regularly though. The ones I do are Smart Lists, Zip it, Twitlonger. 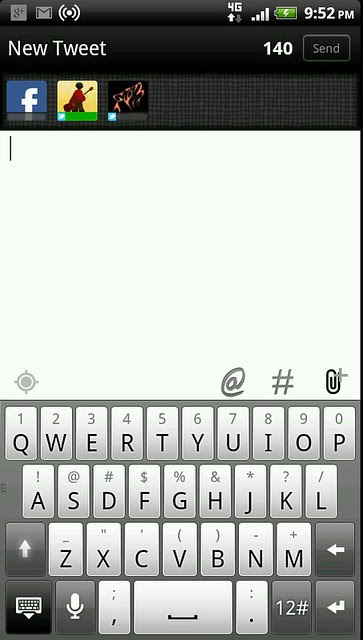 What’s Hot?
- Clean UI
- Lots of Features
- Super Customizable
- Support for Multiple Twitter Accounts
- Ability to post to Facebook
- The @ and # are readily available for you when you are posting
- Sort of a hidden feature but the quick follow is really handy.

What’s Not?
- You should have the option to manually shorten your URLs (The auto url feature doesn’t always work.)
- The widgets feel dated (they are small and not scrollable)
- You have to open the browser to expand Twitlonger tweets. (They should really make it so you just had to click expand and it will do it in the app.)
- Pro Version is Expensive for a social media client. (If your choice is TweetCaster Pro, or GTA III; go for GTA III)

My Thoughts:
I used pretty much every twitter client for android (TweetDeck used to be my previous favorite until Twitter ate them and they lost the Deck.yl feature.) and I have to say TweetCaster Pro is my current favorite. TweetCaster has come a long way because I used to hate it. They have made many improvements since the last time I used it which was about a year ago. I really think the $4.99 price tag for the Pro (ad-free) version is a little much, for a social media client. If it were me $1.99 sounds like excellent price or $2.99 at max. Honestly speaking, if weren’t for Amazon’s app a day I would have just settled for the ad version.