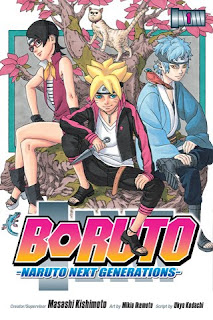 Starting April 4th, 2017 you can purchase volume 1 of the Boruto manga.

"Years have passed since Naruto and Sasuke teamed up to defeat Kaguya, the progenitor of chakra and the greatest threat the ninja world has ever faced. Times are now peaceful and the new generation of shinobi has not experienced the same hardships as its parents. Perhaps that is why Boruto would rather play video games than train. However, one passion does burn deep in this ninja boy’s heart, and that is the desire to defeat his father!" - Viz Media 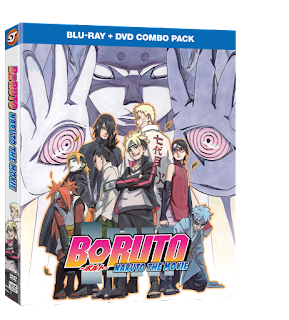 "Boruto: Naruto the Movie takes place in the Hidden Leaf Village with Naruto as the Seventh Hokage. The Hidden Leaf Village is planning to host the Chunin Exams to train new shinobi from the village and from their allied villages. Among the entrants are Sasuke's daughter, Sarada, Mitsuki, an exceptionally talented yet mysterious shinobi… And Boruto, Naruto's talented but impetuous son.Meanwhile, Sasuke who’s been on a mission in another dimension appears before Naruto to warn of a strange impending danger. Shrouded with an evil aura, Momoshiki and Kinshiki appear and attempt to assassinate Naruto. Petrified, Boruto is shielded by Naruto, only to disappear in front of Boruto's own eyes. " - Viz Media