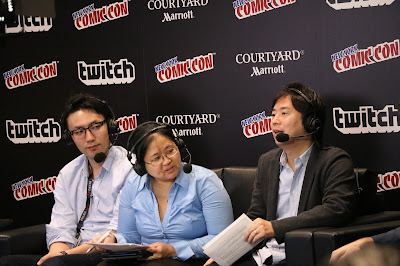 In case you were not able to attend #NYCC this year and missed out on Masashi Kishitmoto here is the panel video thanks to #Viz Media.
#Naruto #VizMedia #NYCC2015


Naruto Creator Masashi Kishmoto makes a appearance at New York Comic Con for Panels, signings and, Boruto the Movie screening. Here is the the video of the main panel thanks to Viz Media.

" Masashi Kishimoto made his first-ever international professional appearance as an exclusive Guest of Honor at New York Comic Con 2015 this past month. The NARUTO manga series finale, Volume 72, was released in print and also digitally on October 6th, bringing the long-running ninja action adventure to its thrilling conclusion." - Viz Media

Also look out for... 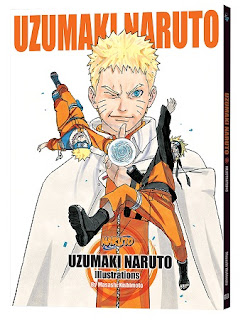 Uzumaki Naruto: Illustrations  -  " The third full-color art book from the hit manga series NARUTO! Experience Masashi Kishimoto's artwork in all of its colorful glory in this collection of images from the finale of the best-selling Naruto manga! Naruto, Sasuke, Sakura, Kakashi and all your favorite characters appear in nearly a hundred pages of gorgeous full-color images. The book also features commentary from Masashi Kishimoto, a beautiful double-sided poster and a sticker sheets." - Viz Media  (Will retail @ $19.99 and be available November 3rd) 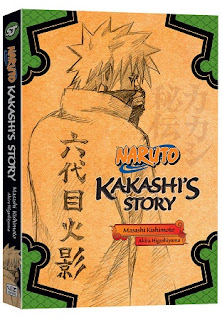 Kakashi's Story -  " In NARUTO: KAKASHI’S STORY, a year has passed since the Fourth Great Ninja War, and Kakashi’s appointment to Hokage looms. But first he heads to the Land of Waves for a dangerous mission rescuing hostages from a top secret airship. There he confronts a ninja whose heart is frozen by tragedy. Having lost both his friend’s eye and his greatest abilities, can Kakashi really protect anyone? What is the true meaning of the will of fire gained in the distant heavens? Kakashi finds these answers and more as he opens the door to a new ninja era." - Viz Media (Will retail @ $10.99 and will be available November 3rd)