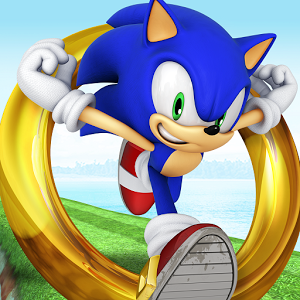 Sonic is ready to show Jake and the Guy from Temple Run how it’s done in his new game Sonic Dash.

Sonic Dash
Developer: Sega of America
Genre: On Rails (Dodge the Objects) / How far can you go?
Platform: Android, iOS

Sonic is ready to show Jake and the Guy from Temple Run how it’s done in his new game Sonic Dash.

Google Play Description
“How far can the world’s fastest hedgehog run?
Play as Sonic the Hedgehog as you dash, jump and spin your way across stunning 3D environments. Swipe your way over and under challenging obstacles in this fast and frenzied endless running game.”

What is it?
It’s like a mash up of Temple Run, and Subway Surfer except it is Sonic Themed. 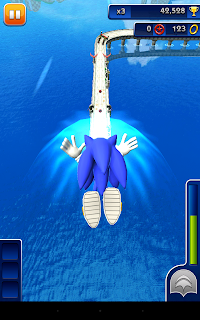 Final Thoughts:
The game’s graphics really shine and just like with temple run and subway surfer, Sonic Dash is super addictive (ads may hinder that experience a bit). Audio can be repetitive (the play the same theme over and over again {I believe the song is Remixed from a Sonic Hero’s theme can’t quite pin-point it though}) and with Sonic’s extensive list of music that is kind of unacceptable. Then again if the theme was the Green Hill Zone I wouldn’t really have a problem... Sonic Dash takes a long time to boot, it flat out took me 45sec before I could event do anything (not cool SEGA). My biggest problem is the game sometimes doesn’t recognize quick finger swipes. 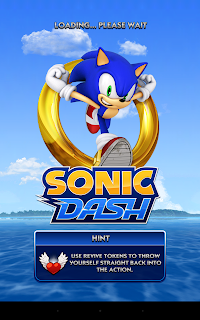